Rain in Chennai: The Chennai collector declared a holiday for all schools as well as colleges today. Madras University has cancelled exams scheduled for today. 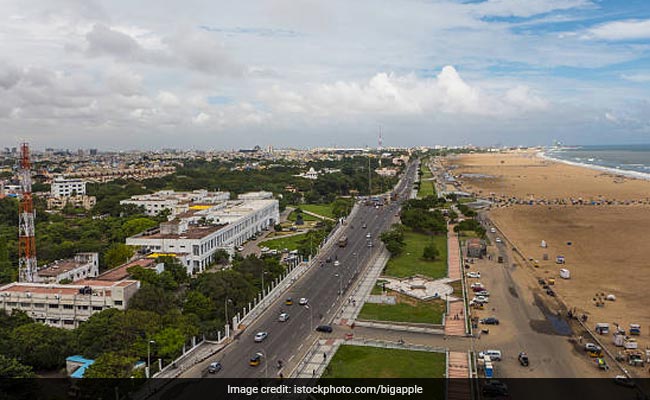 Tamil Nadu Rain: Chennai is likely to get heavy rain for the next 2 days, the Met department said. (File)

Schools are closed in seven districts in Tamil Nadu today following a warning of heavy rain in the state. Chennai and its neighbouring districts saw heavy rain on Wednesday evening as well due to a  well-marked low pressure area over the southwest Bay of Bengal.

The Chennai collector declared a holiday for all schools as well as colleges today. Madras University has cancelled exams scheduled for today.

"Exams conducted by the University Departments on 22nd November 2018 are also cancelled," the university said.

Fairly widespread rainfall with isolated heavy to very heavy showers are likely over Tamil Nadu and Puducherry during the next two days, the Met office said. Apart from Chennai, it rained heavily in Kancheepuram, Tiruvallur and Villupuram districts too.

46 people were killed in Tamil Nadu after Cyclone Gaja hit the coast in Nagapattinam, leaving a  trail of destruction in over 10 districts.

Last year, heavy rain lashed Chennai in the first week of November, bringing the city to a near standstill.