Tamil Nadu Health and Family Welfare Minister C Vijayabaskar's residence was raided by the CBI in connection with the gutkha scam. 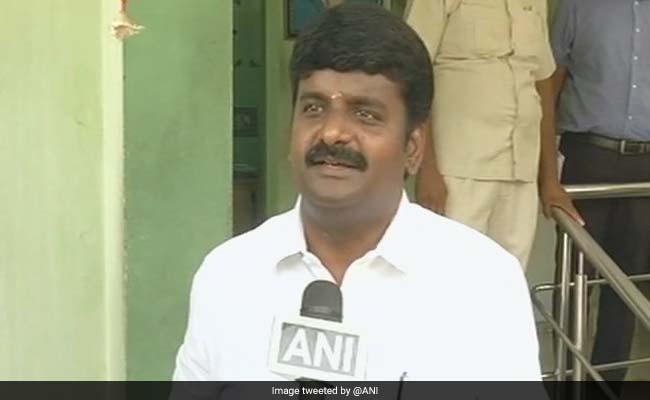 C Vijayabaskar has been named as one of the organising secretaries of AIADMK. (File)

Tamil Nadu Health Minister C Vijayabaskar, in the eye of a political storm over the gutka scam and opposition demands for his resignation, has been named as one of the organising secretaries of the party, a key post in the ruling AIADMK.

The residences of the minister, DGP TK Rajendran and former Chennai police commissioner S George were among 40 places raided by CBI on September 5 in connection with the
alleged sale of gutka, banned by the state government in 2013.

The raids prompted the opposition DMK, PMK and the CPI(M) to seek their resignations or the state governor's intervention to sack them.

Chief Minister K Palaniswami had defended his Cabinet colleague recently, saying only charges had been levelled against the minister, which could not make him guilty.

Former Assembly Speaker PH Pandian, who was among the leaders to defend Paneerselvam and take on then interim general secretary VK Sasikala was named the party's legal advisor.

Mr Ramachandran was previously with the DMK and later joined MDMK when Mr Vaiko founded it over two decades ago. He was a Minister in the NDA government led by late Atal Bihari Vajpayee.

secretaries meet would be held on September 19.