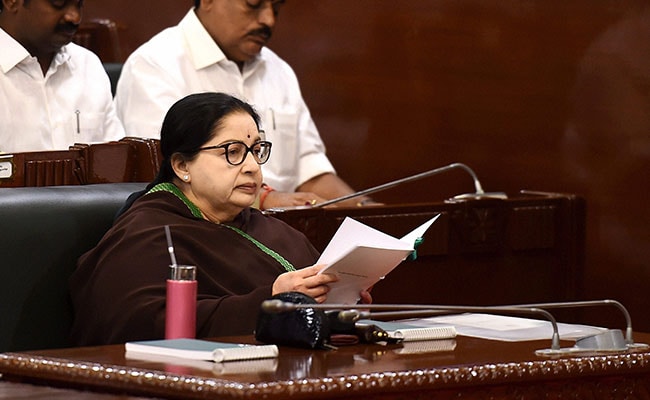 New Delhi: Accept that "You are a public figure and you have to face criticism," Chief Minister Jayalalithaa was told by the Supreme Court today, strongly reprimanding her for bringing defamation cases against opposition leaders in her home state of Tamil Nadu.

Judges said that "Tamil Nadu is the only state which misuses state machinery to fight defamation cases."

The court was informed by the state government that more than 200 defamation cases have been filed by it in the last five years. 55 cases are against the media, 85 involve Ms Jayalalithaa's main rival, the DMK.

Ms Jayalalithaa, 68, has been brought to court by opposition leader, Vijayakanth, a former actor who is known as "Captain."

He has been named in 28 defamation cases for comments that were critical of Ms Jayalalithaa and her government. In addition to accusing her administration of corruption, he has said that the floods that wrecked Chennai in December were artificially caused and mishandled thoroughly by the government.

Promoted
Listen to the latest songs, only on JioSaavn.com
Ms Jayalalithaa, serving her sixth term as Chief Minister is known to brook no dissent from within her party. Ministers lay down before her on stage when she was re-elected in May with a huge margin.   When she was jailed for corruption - she has since been acquitted- her replacement refused to use her office or the chair assigned to her in the legislature.

The Supreme Court will next be heard on September 21.
Comments
JayalalithaaJayalalithaa defamation casesJayalalithaa vs VijayakanthSC to Jayalalithaa