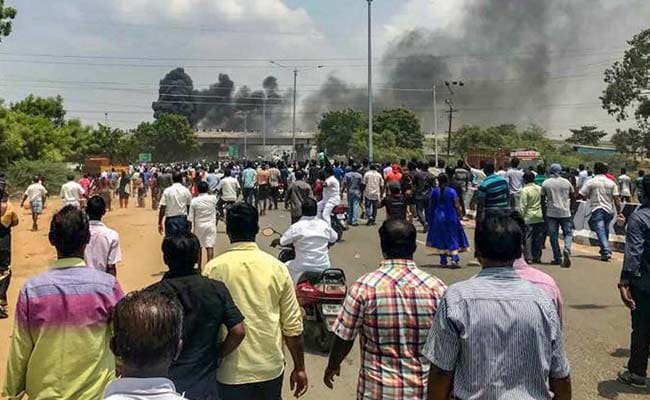 According to the Tuticorin police, eight men and two women were killed in the violence. (PTI)

Chennai: The Tamil Nadu government today appointed a one-person Commission of Inquiry headed by a retired judge of the Madras High Court to probe the violence at Tuticorin in which ten people were killed.

The inquiry will cover the "law and order incidents following the siege of the District Collectorate by thousands of persons violating prohibitory orders," an official release said.

Appointing retired Judge Aruna Jagadeesan for the task, the government said she would submit her report to the government. However, the time-frame for submitting the report has not been specified.

Promoted
Listen to the latest songs, only on JioSaavn.com
According to the Tuticorin police, eight men and two women were killed in the violence.

Hurling stones and setting government vehicles and public property on fire, the agitators went on the rampage in the town, about 600 km from Tamil Nadu capital Chennai.