AIADMK Thanks Voters, Says It Has Great Responsibility As Opposition

Expressing "heartfelt gratitude" to the people who voted for the party and its allies in the April 6 Assembly elections, the party recalled its development initiatives. 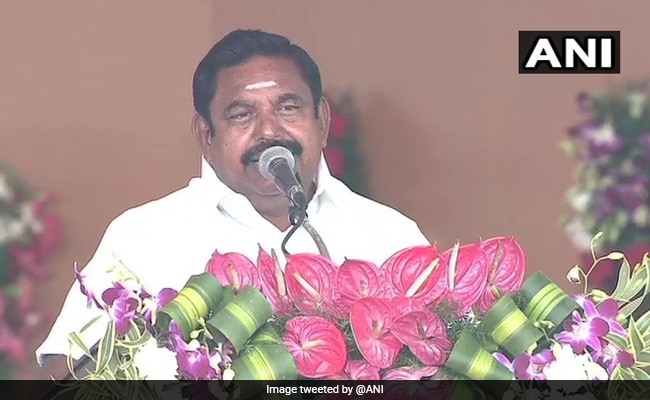 The AIADMK, which tasted defeat at the hands of arch-rival DMK after a decade in office, on Monday said it bowed to the people's verdict and that it has greater responsibility to discharge as an opposition party.

Expressing "heartfelt gratitude" to the people who voted for the party and its allies in the April 6 Assembly elections, the results of which were announced on Sunday, the party recalled its development initiatives.

"People are well aware of the work done by the AIADMK government towards development during the last ten years in Tamil Nadu. Ruling and opposition parties are the two sides of the coin of administration. We have the responsibility to function like the axle to the wheel of administration," party coordinator O Panneerselvam and co-coordinator K Palaniswami said on Monday.

In a joint statement, their first after the results were announced, the leaders said the AIADMK will serve with great responsibility as the opposition in the Tamil Nadu Legislative Assembly.

"We express our heartfelt gratitude to the people who voted for the AIADMK and our allies; and also our party functionaries and alliance members, for having worked tirelessly day and night for the victory of the AIADMK-combine candidates in the elections," they said.

The AIADMK has won 64 constituencies and is leading in two others while its ally the PMK won five. Another partner BJP has won four seats.

The DMK has won 126 seats and is leading in seven segments and its ally Congress has bagged 18. Other allies, the CPI and CPI(M) have won two seats each and Viduthalai Chiruthaigal Katchi four.