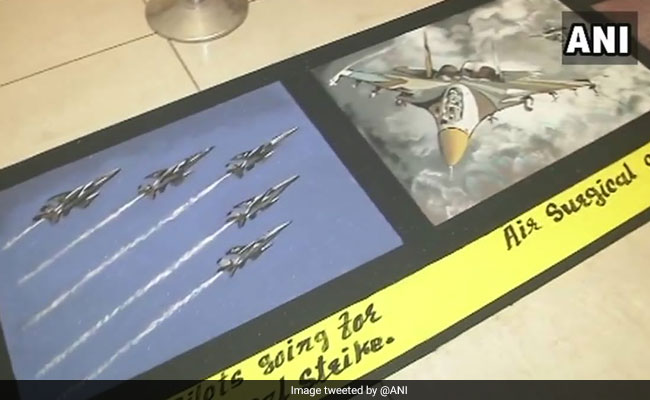 The rangoli art was a big draw at a mall in Surat in Gujarat.

Six artists from Gujarat came together to pay tribute to the Indian Air Force by making colourful and thoughtful rangoli patterns at a shopping mall in Surat.

"To show the support to our brothers who fight for us while we sleep in peace, we have made these colourful pictures," said Ashwin Jahriwala, one of the six artists.

Praising Wing Commander Abhinandan Varthaman who was held under captivity in Pakistan after his aircraft was shot down in an aerial dogfight, Mr Jahriwala added, "Abhinandan is a real-life hero and I am glad that I am able to convey his heroic deeds to the world in a colourful way." 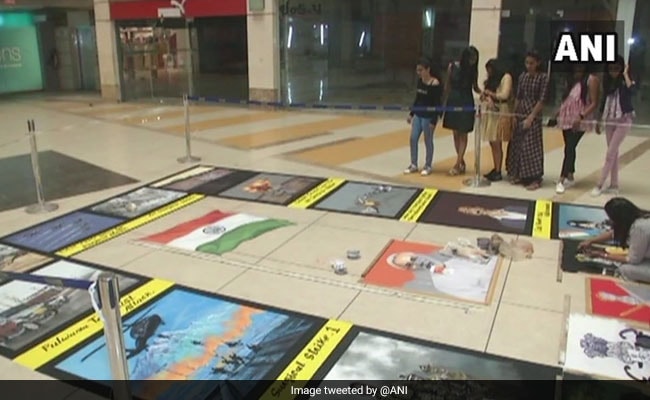 A tribute to the Indian Air Force through rangoli. 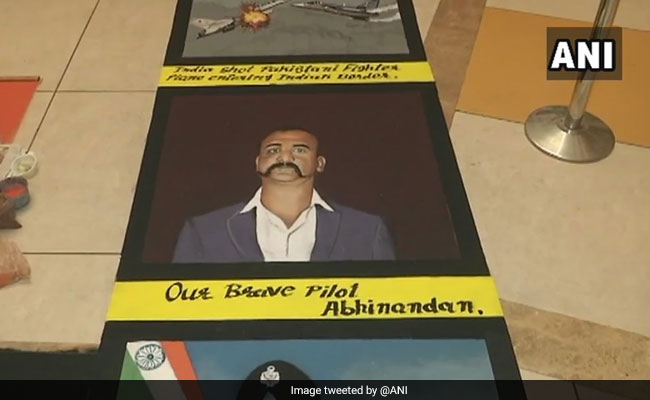 The art patterns were a big draw at the shopping mall and people appreciated the efforts and thoughtfulness of the artists, said an organiser.