Srinagar experienced the coldest night of this winter season with the temperature at minus 3.2 degrees Celsius on the intervening night of Monday and Tuesday. 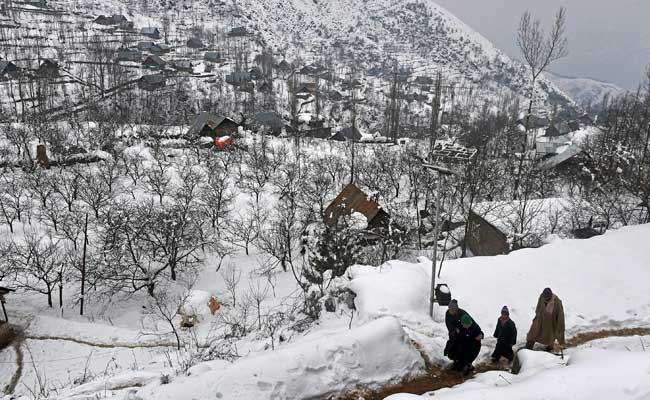 Minimum temperature was several degrees below freezing point at most places in Kashmir and Ladakh. (File)

Temperature continued to fall in Kashmir on Tuesday as the minimum temperature settled several degrees below the freezing point at most places in the valley and Ladakh. Jammu and Kashmir capital Srinagar experienced the coldest night of this winter season with the temperature at minus 3.2 degrees Celsius on the intervening night of Monday and Tuesday.

The temperature at night in Srinagar on Monday was minus 2.8 degrees Celsius.

An official of the Met department said other places across Kashmir and Ladakh region experienced sub-zero night temperatures on the same night. He added that there was a possibility of light rainfall at isolated places in Kashmir valley today.

Pahalgam health resort, which serves as one of the base camps for the annual Amarnath yatra in south Kashmir, registered a temperature of minus 5.5 degrees Celsius and was the coldest recorded place in Kashmir, he said.

The famous ski-resort of Gulmarg in north Kashmir recorded the minimum of minus 4 degrees Celsius, the Met official added.

The official said Kokernag in south Kashmir recorded a low of minus 1.3 degrees Celsius, while the mercury in the nearby Qazigund settled at minus 2.8 degrees.

Leh was the coldest recorded place in Jammu and Kashmir, the official said.