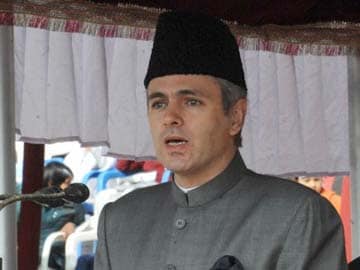 Rafiq Ahmad, an employee of Mechanical Engineering Department, died when he met with an accident during snow clearance operation in Chatergul village of Shangus area of the district yesterday, an official spokesman said.

Chief Minister Omar Abdullah has expressed deep grief over Ahmad's demise and announced an ex-gratia of Rs one lakh to the bereaved family.

In a condolence message to the family, Omar expressed his solidarity and praised the commitment of the deceased employee toward public service, the spokesman said.

Promoted
Listen to the latest songs, only on JioSaavn.com
Heavy snowfall disrupted normal life in Jammu and Kashmir as intense cold wave conditions persisted in the valley.

The Srinagar-Jammu National Highway connecting Kashmir with the rest of the country opened for one-way traffic today, three days after it was closed due to inclement weather.