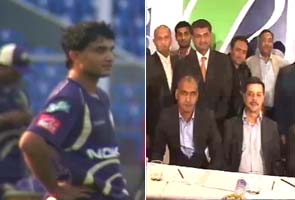 New Delhi: The game may well not be over yet for Sourav Ganguly as far as the Indian Premier League (IPL) is concerned. The former Indian skipper may reportedly be signed on by the Kochi IPL team after being ignored by all the ten teams during the auction. The Kochi team which will be making its IPL debut, according to reports, is now keen to take the Prince of Kolkata on board.

The only catch though is that the rest of the nine franchises have to agree to Kochi signing Ganguly on as the IPL rules clearly state that the capped players put up for auction can only be bought through an open bidding process.

Ganguly, along with Mumbai captain Wasim Jaffer and Punjab pacer VRV Singh were the only three Indian players to remain unsold at the end of the two-day auction.
Comments
Sourav GangulyKochi IPL teamGanguly KochiIPL auction