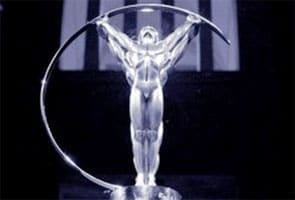 Abu Dhabi: Ballon d'Or Lionel Messi will be competing with the likes of tennis star Rafael Nadal and Formula One driver Sebastian Vettel for the 2011 Laureus World Sportsman of the year award to be presented next month.

Argentine footballer Messi, who was last night bestowed with the FIFA's Ballon d'Or award for the second time in his career as the world's best player of 2010, will also have to fight it out with his Barcelona teammate Spain's Andres Iniesta, legendary Basketball player USA's Kobe Bryant and Philippines' boxer Manny Pacquiao for the prestigious award.

The Laureus awards, which recognise sporting achievement during the calendar year 2010, are considered the sport version of 'The Oscars' and will be unveiled during a televised Awards Ceremony in Abu Dhabi on February 7.

World number one tennis player Nadal, who had clinched the Newcomer Award in 2006, would be hoping to win his second Laureus award.

The Spanish sensation became the first man since 1969 to win the French Open, Wimbledon and US Open in the same year.

The eventual winners will be chosen from the list of nominees by the Laureus World Sports Academy, the ultimate sports jury made up of 46 of the greatest sportsmen and sportswomen of all time, the organisers said in a release.

The Laureus World Team of the Year category looks to be one of the most competitive ever. It includes the Spain World Cup team, European Ryder Cup Team, Champions League winners Inter Milan, NBA winners Los Angeles Lakers, the Red Bull Formula One Team and the New Zealand All Blacks rugby team.

"This has been a great year for sport and the Academy are going to find it extremely difficult to decide who to vote for as winners. We have had several massive events in 2010 --notably the FIFA World Cup and the Winter Olympics and Paralympics, and that has been reflected in the nominations," said Laureus World Sports Academy Chairman Edwin Moses.

"There has been a host of amazing individual and team performances and I congratulate all the nominees and now we look forward to what should be a great awards ceremony next month in Abu Dhabi," said Moses.
Comments
Lionel MessiBallon d'OrSebastian VettelLaureus AwardsRafael Nadal