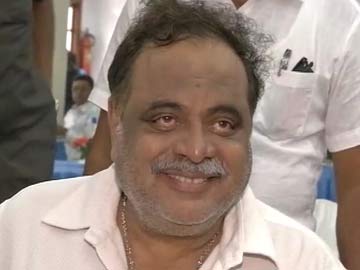 Bangalore: Ambareesh is not an ordinary politician. He is considered a superstar in Karnataka, and despite his age, 62, he still enjoys a lot of clout in the Kannada film industry. He is also the housing minister in the Siddaramaiah-led Congress government.

Thus, people were not amused when the state government waived rules to  underwrite medical expenses worth Rs. 1.16 crore for the treatment he received in a Singapore hospital recently.

Lawmakers are, according to government rules, reimbursed up to Rs. 7 lakh for their medical treatment. But Karnataka chief minister Siddaramaiah cited "special cases'' to clear bills of Rs 1.16 crore claimed by the popular actor-turned-politician for receiving medical attention at Mount Elizabeth Medical Centre, rated among the best hospitals in Asia.

"In special cases, we can do," the Karnataka Chief minister  told NDTV when asked whether he had acted within rules.

The medical expenses include the airfare for Ambareesh, his family and his doctors. But they have all been tight-lipped about the ailment he was suffering from.

The name of Mount Elizabeth Medical centre had been recommended to Ambareesh by his close friend Rajnikanth. The Tamil superstar had been treated in this hospital in 2011 for respiratory problems.

In normal circumstances, the wastage of taxpayers' money by politicians comes in handy to the opposition to corner the ruling party.The BJP, the main opposition party in Karnataka, is, however, reticent to rake up the matter.

"See, it is for the government to decide. This has not happened for the first time. I don't want to comment on this,'' said former chief minister Jagdish Shettar.

But for Divya Rao, a Bangalore-based engineer, this was not a healthy development. "That's a lot of money. And most our ministers are well off. When the government treats victims of a tragedy, it happens at a government hospital,'' she said.