Telangana Announces Rs 10,000 For Every Flood-Hit House In Hyderabad

Mr Rao instructed the officials to repair and restore all affected roads and other infrastructure on war-footing and ensure normalcy is restored at the earliest. 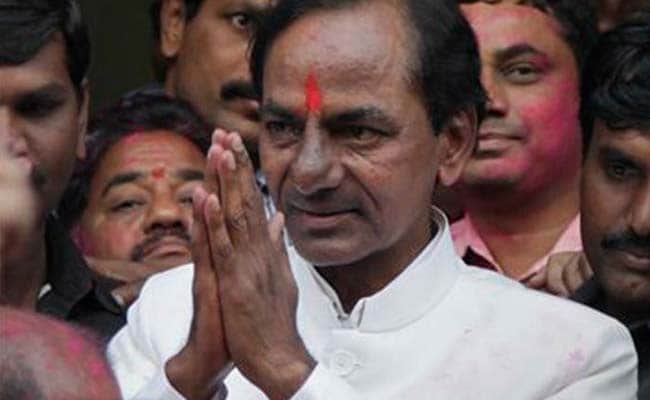 Telangana Chief Minister K Chandrasekhar Rao today announced Rs 10,000 as immediate relief to each flood-affected household in the city, besides an assistance of Rs one lakh each to totally damaged houses and Rs 50,000 to partially damaged ones.

Observing that essential commodities, like rice and pulses, have been lost due to the flooding, Mr Rao said the financial assistance of Rs 10,000 will be distributed from Tuesday, according to an official release.

Mr Rao instructed the Collectors of Hyderabad, Rangareddy, and Medchal districts (under the jurisdiction of Hyderabad) to send teams on the field to start distributing the amount to the poor, starting tomorrow morning, it said.

The chief minister said all ministers, MLAs, corporators, mayor and deputy mayor in Hyderabad should treat helping the poor as their responsibility and actively participate in the distribution exercise.

He said the government is ready to extend help to any number of people, even if the number is in lakhs. The details of the affected families should be brought to the notice of the officials concerned for getting the help.

The chief minister also urged the ruling TRS leaders and workers to actively participate in the exercise and ensure that the deserving receive help, the release said.

Mr Rao instructed the officials to repair and restore all affected roads and other infrastructure on war-footing and ensure that life returns to normal at the earliest.

The government will release Rs 550 crore immediately to the municipal administration department, he said.

Mr Rao urged industrialists, traders, business establishments to extend their help to people who have suffered due to the heavy rain and floods and asked them to donate generously to the Chief Minister's Relief Fund.

As many as 70 people have died in rain-related incidents during the past one week in the state, Telangana Minister KT Rama Rao said today.

The minister also requested people from low lying areas of the city to evacuate and move to relief camps as the weather department predicted a fresh spell of heavy rains over the next two days.