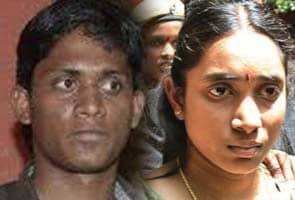 Chennai: The Madras High Court today directed that an expert doctor from the Christian Medical College in Vellore should examine the body of Ilavarasan. The Dalit man, who married a girl from the Vanniyar community, was found dead last week in Tamil Nadu.

The court said it will pass orders on whether or not a second autopsy should be performed on Ilavarasan's body after the expert's report.

The High Court wants a doctor with more than 30 years of experience to examine the body.

Yesterday, two judges of the High Court had watched the video recording of the first post-mortem performed last Thursday along with seven experts, including a forensic analyst chosen by Ilavarasan's family.

Six of the seven experts said in their respective reports that a second autopsy is not required. Dr Dekal, the expert chosen by Ilavarasan's family, is the only one who wants the court to order a second autopsy. "It will help correct deficiencies. Better correlation of autopsy finding will help the investigation team and the court to arrive at the near truth," he said.

However, two other experts, Dr M J E Ambroise and Dr K K Shaha from Jawaharlal Nehru institute of Post-graduate Medical Education (JIPMER), claim that there were defects in the performance of the first autopsy."

Ilavarasan had married Divya, a Vanniyar girl, last August. Weeks after they eloped, Divya's father committed suicide which triggered riots against Dalits in and around their village. Around 250 Dalit homes were allegedly torched by Vanniyars.

Promoted
Listen to the latest songs, only on JioSaavn.com
Divya appeared before the court last Wednesday and said she doesn't want to return to her husband citing continuing animosity between the two communities and haunting memories of her late father. The following day, her husband was found dead near a railway track.