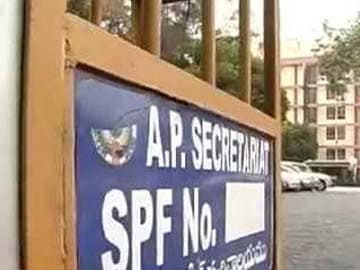 Hyderabad: Andhra Pradesh has once again raised the pitch to make the police in Hyderabad report to an "independent'" authority instead of the Telangana government.

In a strongly worded letter to the Union Cabinet Secretary, the Andhra Pradesh government has cited instances of IAS officers and others allotted to Andhra Pradesh alleging humiliation and ill-treatment by authorities in Telangana.

The letter states, "This is to bring to your kind notice the series of incidents that are happening in Hyderabad and the partisan view the city police is taking in the issues between the two states of Andhra Pradesh and Telangana.

Earlier this month, the Andhra Pradesh government asked banks not to take cognisance of the instructions issued by Telangana related to banking transactions and follow orders of only authorised officers.

Promoted
Listen to the latest songs, only on JioSaavn.com
A circular to this effect was issued to banks on November 3 by Andhra Pradesh's Secretary (Budget and Institutional Finance).

The circular came against the backdrop of threat issued by Telangana government vide a memo on October 30 and the directives of Telangana authorities to "freeze" certain bank accounts of Andhra Pradesh government-run bodies.