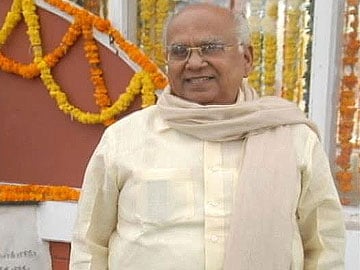 Hyderabad: The Akkineni Foundation of America (AFA) has announced that the United States Postal Service (USPA) will honour Akkineni Nageswara Rao (ANR) by issuing a postage stamp on the occasion of the late legendary Indian actor's 91st birth anniversary September 20 in Dallas, Texas.

"I'm deeply touched and so are other members of the Akkineni family by the issuance of this postage stamp, and I am deeply grateful for conferring one of America's highest honours to my father," Nageswara Rao's son Nagarjuna said in a statement.

"While my father has been cited many times as being among the most adored artist of all time, the recognition in his being portrayed on a US postage stamp will rank as a great honor. It is certainly a big tribute to Indian cinema and our culture," he said.

AFA also plans to release the stamp in India at the first International Akkineni Awards Ceremony, in the presence of his family members.

The Padma Vibhushan recipient Nageswara Rao starred in over 250 films in his over three decades long career.

Promoted
Listen to the latest songs, only on JioSaavn.com
He died on January 22. His last film "Manam" also featured his son Nagarjuna and grandsons Naga Chaitanya and Akhil.