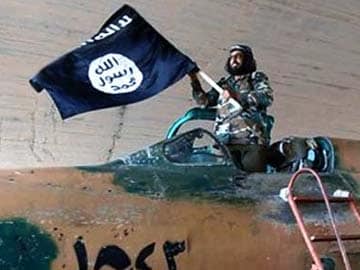 An Islamic State fighter waves their flag from inside a captured government fighter jet in Raqqa, Syria. (AP)

Kozikode: A noted Muslim cleric in Kerala today issued a fatwa asking his community members to boycott the Islamic State of Iraq and Syria (ISIS) and other terrorist organisations.

"The Muslim world is in dire need to take cognisance of the threats posed by the anti-Islamic outfits. The militant groups among Muslims are causing harm to Islam in the false garb of Islamists. Any support or endorsement to the extremist and terrorist organisations goes completely against the Islamic Shariah," the Sunni-Sufi Islamic scholar said.

Stating that the ISIS or their self proclaimed Khalifates does not represent Islam by any means, the fatwa said, "They are not just anti-Islamic but are enemies of the humanity."

Promoted
Listen to the latest songs, only on JioSaavn.com
"Their ruthless activities against people in Iraq and Syria are not meant for helping Muslims but defame Islam. Their anti-western interpretation of Islam is only aimed to serve their political agendas in the wider Muslim world.

"Supporting their activities through any means is forbidden according to the basic principles of Islam. I urge all the Muslims to condemn their activities and to pray for the people who suffer from their merciless activities," he said.