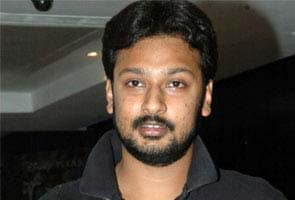 Madurai: Former Union minister M K Alagiri's son Durai Dayanidhi, who has been granted anticipatory bail in the alleged granite quarrying scam, today filed a plea in the Madras High Court Bench in Madurai seeking a direction to a lower court to return his passport to enable him go abroad in connection with his business Interests.

In his petition, Mr Dayanidhi said he had complied with the bail conditions and as he had strong roots in the State he would not leave the country and there was no need for police to fear that he would not return.

He also said he would not evade the process of law. The very purpose of asking him to surrender his passport was to make sure that he would cooperate with the probe, he said and sought a direction to the Melur Judicial Magistrate to return his passport. He would suffer severe loss if he did not attend to his business interests abroad.

The petition is likely to be taken up for hearing next week.

On December 10 last year, the high court had granted relief to Mr Dayanidhi and directed him to surrender his passport and also to appear daily at the Melur police station, where the case is registered against him, until further orders.

The non-bailable warrant against Mr Dayanidhi was ordered by judicial magistrate at Melur in Madurai district on a police plea in October. Mr Dayanidhi and nine others are facing charges that firms owned by them had mined sand and granite without permission.

Cases had been registered under various IPC sections including 120(b) (criminal conspiracy), 447 (criminal trespass) and 420 (cheating) against them.

Promoted
Listen to the latest songs, only on JioSaavn.com
Government had cracked down on several firms after former Madurai collector U Sahayam in a report estimated the losses incurred from illegal granite mining at around Rs 16,000 crore.