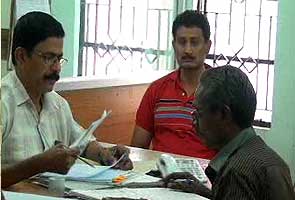 Police said that Ravi, the owner of a plastic packaging material factory, was arrested by the local crime branch wing of the Criminal Investigation Department (CID) Police on a recent complaint by Karti Chidambaram. The complaint said that the industrialist had posted "offensive" messages against Karti on three occasions since last year on Twitter.

Ravi was arrested under Section 66-A of the Information Technology Act.

Promoted
Listen to the latest songs, only on JioSaavn.com
The 45-year-old accused was produced before Chief Judicial Magistrate (CJM) Venkatakrishnan by the police which wanted 15 days remand. However, the CJM granted bail to Ravi, since the offence was bailable.

Ravi had allegedly posted messages on Twitter stating that Karti Chidambaram had amassed wealth more than that of Robert Vadra, son-in-law of Congress President Sonia Gandhi.