Let's Not be Like Japan, Says Andhra Pradesh's Chandrababu Naidu 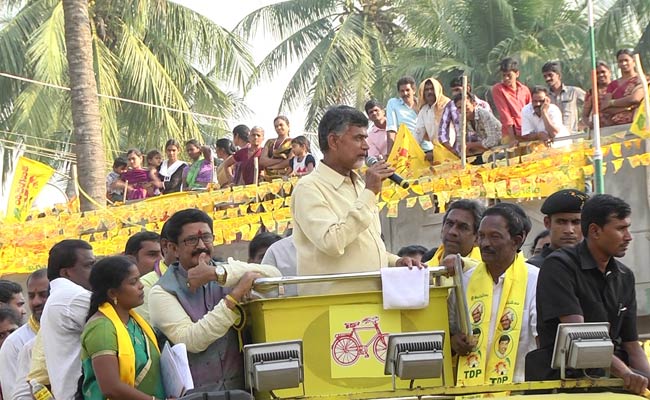 Have more children, Chief Minister Chandrababu Naidu urged Andhra Pradesh today - though for entirely different reasons than the BJP's Sakshi Maharaj, the law-maker who controversially asked Hindu women to have "at least four children to protect the Hindu religion."

Mr Naidu was in west Godavari to launch a 'smart village' campaign when he said having more children may be the smarter thing to do, so that there are more young people than old.

''If this goes on, we may become like Japan where there are more old than young. That is why I am saying it may better if you have one or two children more instead of opting for family planning.''

Like the other southern states, Andhra Pradesh has total fertility rate of less than two, which means on an average every couple has less than two children in the child-bearing population.

"Youngsters are not marrying early. Even if they do, they do not have children as they don't want responsibilities early,'' he said today.

Mr Naidu said he had been a strong advocate of family planning but no longer saw merit in it.

''I myself limited my family size to just one son,'' he said.

Promoted
Listen to the latest songs, only on JioSaavn.com
Mr Naidu returned to power in Andhra Pradesh last year after a decade. The first time he was in power, he had lobbied hard for family planning. That term also saw him construct Hyderabad as an IT hub. Now, the demographic of his state has changed; he says he wants to ensure its grip on development and technology doesn't loosen. ''I want our state to have more youth, so they can drive development,'' he said.

Not everyone finds that advice sage. "The chief minister is all-advised to say that couples should have more children. Andhra Pradesh still has one of the worst Infant Mortality Ratio, Maternal Mortality Ratio and female literacy, with 50 per cent of women married before they are 15,'' says Professor Ramamurthy, who was earlier with the Indian Institute of Health and Family Welfare.