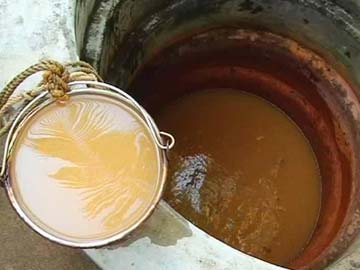 The plant had contaminated groundwater in the area.

Kollam: A day after NDTV's exclusive report about the serious health hazards and contamination of ground water caused in a village in Kerala's Kollam district due to toxic waste from Kerala Minerals and Metals Limited, the Oommen Chandy government announced that it would acquire 150 acres of land around the plant.

The acquired land in Chavara village, to be transferred to the state-owned enterprise, would be used to set up an industrial belt while the people will be rehabilitated. Officials within the state's Industry Department said that the timeframe and terms and conditions for the takeover were being finalised and would be implemented soon. (Toxic industrial waste contaminates water, poisons lives)

A report by the Pollution Control Board on the plant, accessed by NDTV, clearly states, "The quality of water in and around the KMML is very poor. The contamination is slowly spreading towards the surrounding areas through alluvial aquifers... The study reveals groundwater contamination in the wells behind the KMML upto 500 meters from the boundary is high. The pH of the groundwater in this region is more or less acidic. The company has to take remedial measures urgently to ensure acidic effluents are neutralised before discharge."

NDTV had reported that while the paddy fields and coconut plantations in the village had been drying up and the villagers suffering from serious health issues for years, there has been no response from the government officially to their demands of rehabilitation.

Anoop, a teenger with cracked legs due to exposure to the water accumulated in the paddy fields and Chellama in her 70s having skin sores and burnt skin were just two of the many examples of sicknesses caused due to the hazardous industrial waste.

Kollam's collector Pranab Jyotinatha had pointed that "the true cause (of the diseases and contamination) has to be understood. There has to be an intensive, all round detailed study."
Comments
KeralaKollamKerala Minerals and Metals LimitedContaminationGroundwaterIndustrial waste