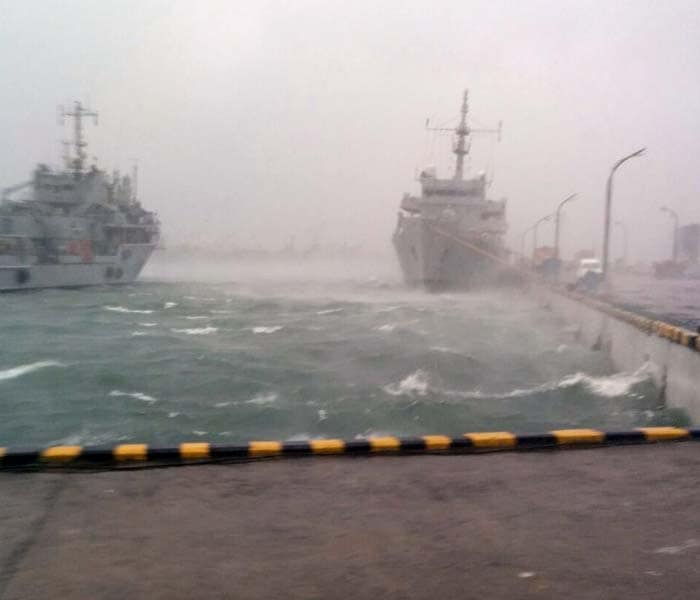 The Navy is on the standby for relief and rescue efforts (Photo courtesy: Indian Navy)

Visakhapatnam: As Cyclone Hudhud strengthens and comes tearing down the eastern seaboard, the Navy said it is on "highest alert."

The Navy expects the cyclone to hit between 10:30 am and 11:30 am north of Visakhapatnam, a major port town and home to a huge naval base on the Andhra Pradesh coast.

Promoted
Listen to the latest songs, only on JioSaavn.com
Trees were uprooted this morning and power lines were reported snapped in and around Visakhapatnam.

The Navy is standing by with multiple teams to assist in rescue and relief operations.