Another case against Akbaruddin Owaisi for alleged hate speech 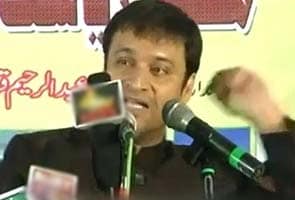 Hyderabad: Another court in Andhra Pradesh on Friday directed the police to book Andhra Pradesh politician Akbaruddin Owaisi for making alleged inflammatory speeches. There was more trouble for the Majlis-e-Ittehadul Muslimeen (MIM) legislator as the police issued him notices to appear for questioning in previous cases.

On a petition by an advocate, a court in Ranga Reddy district near Hyderabad directed the police to register a case against Mr Owaisi.

In two previous cases under investigation, Mr Owaisi was directed to appear before the police in Adilabad district on January 7 and in Nizambad town on January 8.

The notices were pasted outside Mr Owaisi's home at Banjara Hills in Hyderabad. The legislator from Chandrayangutta is reportedly in London for treatment.

Mr Owaisi has been booked for promoting enmity between different groups on grounds of religion and deliberate and malicious acts intended to outrage religious feelings of any class by insulting its religion or religious beliefs. He has also been booked for waging or attempting to wage war against the Government of India.

Promoted
Listen to the latest songs, only on JioSaavn.com
Mr Owaisi's older brother Asaduddin Owaisi is a Member of Parliament. The MIM withdrew support to the Kiran Kumar Reddy government in Andhra Pradesh last year.

Prima facie there seems to be evidence against the legislator, Andhra Pradesh Director General of Police V Dinesh Reddy had earlier said. "It is learnt he is out of the country and if he fails to appear, we will have to call him back. If necessary the Interpol's assistance will be taken," Mr Reddy had said.