"We Have To Put Out The Fire": UN Sounds 2030 Climate Change Warning

Overall reductions in emissions in the next decade would probably need to be more than 1 billion tons per year, larger than the current emissions of all but a few of the very largest emitting countries. 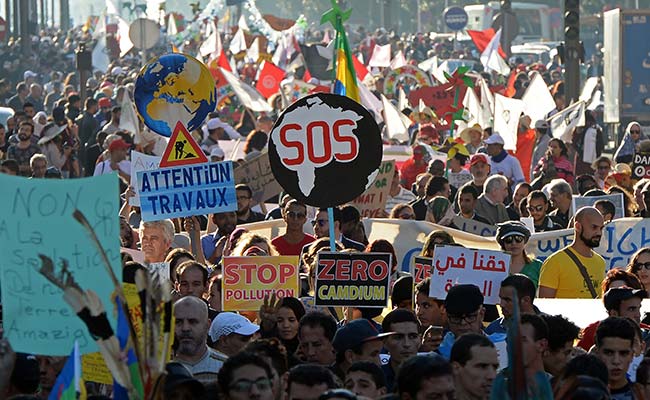 Risks of extreme heat and weather events just rise and rise as temperatures do. (File)

The world stands on the brink of failure when it comes to holding global warming to moderate levels, and nations will need to take "unprecedented" actions to cut their carbon emissions over the next decade, according to a landmark report by the globe's top scientific body studying climate change.

With global emissions showing few signs of slowing and the United States - the world's second-largest emitter of carbon dioxide - rolling back a suite of Obama-era climate measures, the prospects for meeting the most ambitious goals of the 2015 Paris agreement look increasingly slim. To avoid racing past warming of 1.5 degrees Celsius (2.7 degrees Fahrenheit) over preindustrial levels would require a "rapid and far reaching" transformation of human civilization at a magnitude that has simply never happened before, the group found.

"There is no documented historic precedent" for the sweeping change to energy, transportation and other systems required to reach 1.5 degrees Celsius, the United Nations Intergovernmental Panel on Climate Change, or IPCC, wrote in a report requested as part of the 2015 Paris climate agreement.

At the same time, however, the report is being received with hope in some quarters because it affirms that 1.5 C is still possible - if emissions stopped today, for instance, the planet would not reach that temperature. It is also likely to galvanize even stronger climate action by focusing on 1.5 C, rather than 2 degrees, as a target that the world cannot afford to miss. 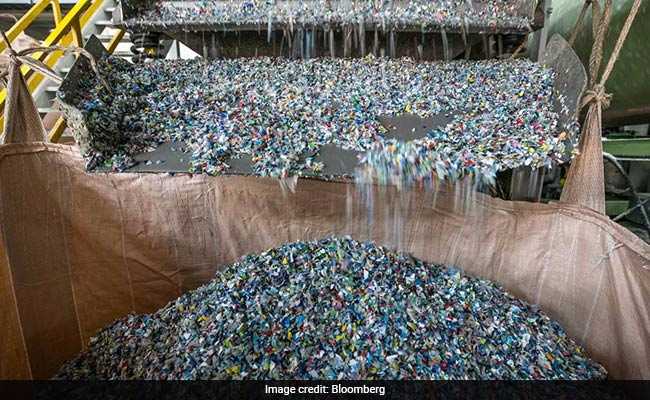 Plastic flakes drop into a sack at a Junyoung Industrial facility in Gimpo, South Korea, in April.

Nonetheless, the transformation described in the document raises inevitable questions about its feasibility.

Most strikingly, the document says the world's annual carbon dioxide emissions, which currently amount to more than 40 billion tons per year, would have to be on an extremely steep downward path by 2030 to either hold the globe entirely below 1.5 degrees Celsius, or allow only a brief "overshoot" in temperatures.

Overall reductions in emissions in the next decade would probably need to be more than 1 billion tons per year, larger than the current emissions of all but a few of the very largest emitting countries. By 2050, the report calls for a total or near-total phaseout of the burning of coal.

"It's like a deafening, piercing smoke alarm going off in the kitchen. We have to put out the fire," said Erik Solheim, executive director of the United Nations Environment Programme. He added that the need to either stop emissions entirely by 2050 or find some way of removing as much carbon dioxide from the air as we put there "means net zero must be the new global mantra." 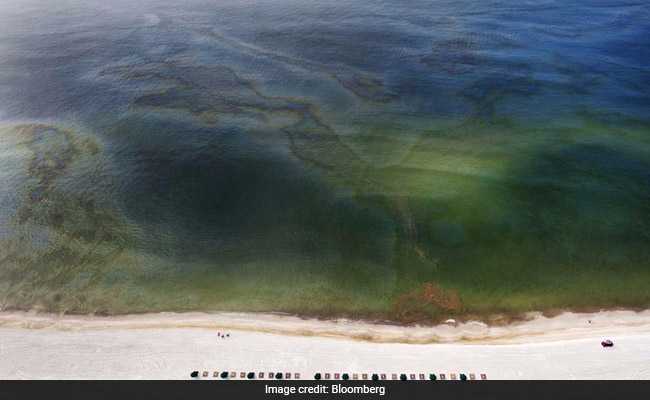 Empty beach chairs rest on the sand as oil washes ashore in Alabama.

The radical transformation also would mean that, in a world projected to have over 2 billion more people by 2050, large swaths of land used to produce food would instead have to be converted to growing trees that store carbon and crops designated for energy use.

The document was produced relatively rapidly for the deliberative IPCC, representing the work of nearly 100 scientists. It went through an elaborate peer review process involving tens of thousands of comments. The final 34-page "summary for policymakers" was agreed to in a marathon session by scientists and government officials in Incheon, South Korea, over the past week.

The report says the world will need to develop large-scale "negative emissions" programs to remove significant volumes of carbon dioxide from the atmosphere. While the basic technologies exist, they have not caught on widely, and a number of scientists have strongly questioned whether we can scale up in the brief time period available.

The bottom line, Sunday's report found, is that the world is woefully off target.

The IPCC is considered the definitive source on the state of climate science, but it also tends to be conservative in its conclusions. That's because it is driven by a consensus-finding process, and its results are the product of not only science, but negotiation with governments over its precise language.

In Sunday's report, the group detailed the magnitude and unprecedented nature of the changes that would be required to hold warming to 1.5 Celsius, but it held back from taking a specific stand on the feasibility of meeting that goal. (An early draft had cited a "very high risk" of warming exceeding 1.5 Celsius; that language is now gone, even if the basic message is still easily inferred.)

"If you're expecting IPCC to jump up and down and wave red flags, you're going to be disappointed," said Phil Duffy, the president of Woods Hole Research Center. "They're going to do what they always do, which is to release very cautious reports in extremely dispassionate language."

Some researchers, including Duffy, are skeptical of the scenarios that the IPCC presents that hold warming to 1.5 C, particularly the reliance on negative- emissions technologies to keep the window open.

"Even if it is technically possible, without aligning the technical, political and social aspects of feasibility, it is not going to happen," added Glen Peters, research director of the Center for International Climate Research in Oslo. "To limit warming below 1.5 C, or 2 C for that matter, requires all countries and all sectors to act."

Underscoring the difficulty of interpreting what's possible, the IPCC gave two separate numbers in the report for the Earth's remaining "carbon budget," or how much carbon dioxide we can emit and still have a reasonable chance of remaining below 1.5 C. The upshot is that we are allowed either 10 or 14 years of current emissions, and no more, if we want a two-thirds or better chance of avoiding 1.5 C.

The already limited budget would shrink further if we fail to control other greenhouse gases, such as methane, or if and when Arctic permafrost becomes a major source of new emissions.

Meanwhile, the report clearly documents that a warming of 1.5 Celsius would be very damaging, and that 2 degrees - which used to be considered a reasonable goal - could approach intolerable in parts of the world.

"1.5 degrees is the new 2 degrees," said Jennifer Morgan, executive director of Greenpeace International, who was in Incheon, South Korea, for the finalization of the report.

Specifically, the document finds that instabilities in Antarctica and Greenland, which could usher in sea level rise measured in feet rather than inches, "could be triggered around 1.5 Degree C to 2 Degree C of global warming." Moreover, the total loss of tropical coral reefs is at stake because 70 to 90 are expected to vanish at 1.5 C, the report finds. At 2 degrees, that number grows to more than 99 percent.

The report found that holding warming to 1.5 degrees could save an Alaska-size area of the Arctic from permafrost thaw, muting a feedback loop that could lead to still more global emissions. The occurrence of entirely ice-free summers in the Arctic Ocean goes from one per century to one per decade between 1.5 and 2 degrees, it found - one of many ways in which the mere half a degree has large real-world consequences.

Risks of extreme heat and weather events just rise and rise as temperatures do, meaning these would be worse across the globe the more it warms.

To avoid that, in barely more than 10 years, the world's percentage of electricity from renewables like solar and wind would have to jump from the current 24 percent to something more like 50 or 60 percent. Coal and gas plants that remain in operation would need to be equipped with technologies, collectively called carbon capture and storage (CCS), that prevent them from emitting carbon dioxide into the air and instead funnel it to be buried underground. By 2050, most coal plants would shut down.

The World Coal Association challenged the report's statements on the need to jettison coal.

"While we are still reviewing the draft, the World Coal Association believes that any credible pathway to meeting the 1.5 degree scenario must focus on emissions rather than fuel," the group's interim chief executive, Katie Warrick, said in a statement. "That is why CCS is so vital."

That's an approach largely embraced by the head of the Environmental Protection Agency, which under Trump has taken numerous steps to roll back regulations on the coal industry.

In an interview with The Washington Post last week, the EPA's acting administrator, Andrew Wheeler, said the United States will "continue to remain engaged in the U.N.'s effort," despite the fact that Trump has said he intends to withdraw from the Paris climate accord as soon as legally possible.

But asked specifically about what it would take to keep the world below a dangerous level of climate change, Wheeler declined to identify a specific threshold. The agency's regulatory approach is that it would allow the coal industry "to continue to innovate on clean coal technologies, and those technologies will be exported to other countries."