YATS, an initiative for high school students in Odisha, is organised in association with Pathani Samanta Planetarium, under the state's science and technology department, a company release said. 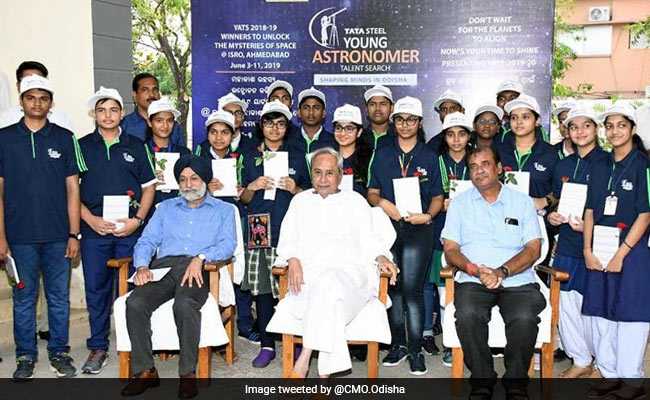 YATS, an initiative for high school students in Odisha, is organised in association with Pathani Samanta Planetarium, under the state's science and technology department, a company release said.

"Through special initiatives like the YATS, the company motivates and encourages youngsters to think beyond textbooks and celebrate the power of imagination," it said.

After due evaluation, the top two entries from each district were invited to participate in the grand finale held in Bhubaneswar in December 2018.

The winning group of 12 girls and 8 boys from across Odisha visited various laboratories of the Space Application centre (SAC) in Ahmedabad and interacted with the scientists, it said.

The students also visited the Physical Research Laboratory (PRL) and interacted with the scientists there.

The students were given an opportunity to learn about various aspects of operations of ISRO and evolution of the Indian space programme. The students also went for a visit of Gujarat Science City in Ahmedabad before returning here on Tuesday.

The exposure visit of the students was flagged off by Chief Minister Naveen Patnaik on June 3.

YATS was started in 2007 with the aim to create awareness in the field of astronomy and space science among students and motivate and encourage the young minds to become scientists and astronomers.