Two-Headed Baby Turtle Dies Days After Being Found In Malaysia

The turtle was found Monday on Mabul island, off the Malaysian part of Borneo, in a nest alongside more than 90 other recently hatched green turtles. 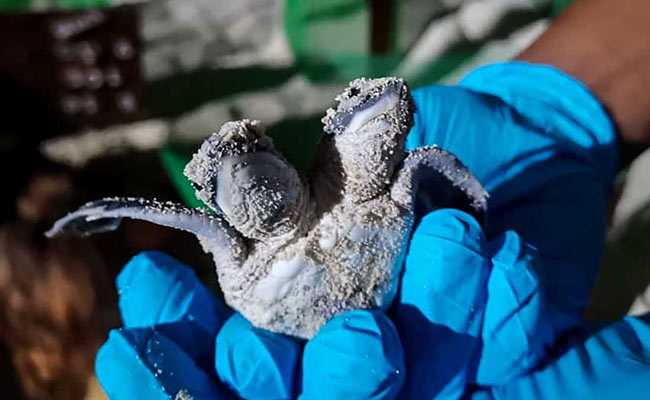 A two-headed baby turtle has been born in Malaysia, captivating conversationists, but it only survived a few days after being discovered.

It was found Monday on Mabul island, off the Malaysian part of Borneo, in a nest alongside more than 90 other recently hatched green turtles.

"The right head seems to control the front right flipper, and the left head the front left flipper. Yet they are capable of coordinating their movements in order to walk and swim," he said in a statement.

SJ SEAS chairman Mohamad Khairuddin Riman added: "We have released around 13,000 hatchlings from the hatchery and have never seen anything like this before." 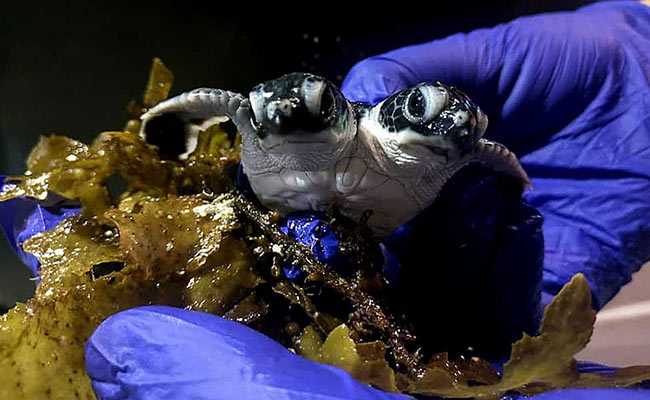 Biologists said the two heads coordinate their movements in order to walk and swim.

He said the cause of death was not yet known but added the turtle would have had little chance of surviving long in the wild.

"It would have been poached by an eagle because it could not swim well," he said.

While rare, it was not the first time a two-headed baby turtle has been found.

Nathan said one was discovered in 2014, on an island off Malaysia's east coast, which survived for three months.

Green turtles are one of the largest sea turtles, and are mainly found in tropical and subtropical waters.

Classified as endangered, they are threatened by habitat loss as well as by poachers who hunt them for their meat and eggs.