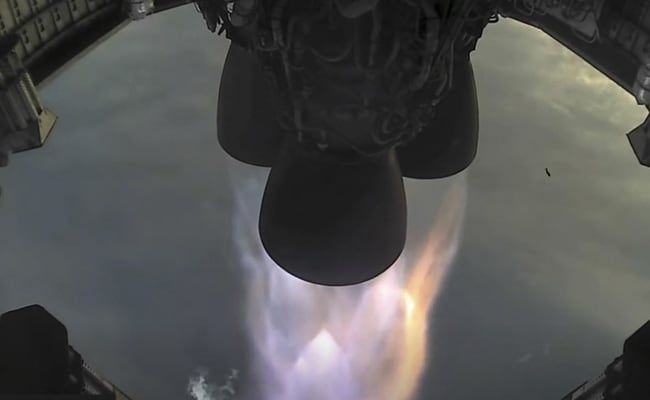 It was descending to the surface when the feed was lost once again.

SpaceX chief Elon Musk confirmed on Twitter Tuesday that the latest prototype of the company's Starship rocket series had crashed, after the video feed of its test flight cut out.

"At least the crater is in the right place!" he joked, in acknowledging the fourth failed test of the prototype.

"Something significant happened shortly after landing burn start. Should know what it was once we can examine the bits later today," he added.

The rocket, SN11, launched from the company's south Texas facility around 1300 GMT and began its ascent to 10 kilometers (six miles), experiencing some video glitches.

Looks like engine 2 had issues on ascent & didn't reach operating chamber pressure during landing burn, but, in theory, it wasn't needed.

Something significant happened shortly after landing burn start. Should know what it was once we can examine the bits later today.

It was descending to the surface when the feed was lost once again.

"We lost the clock at T plus five minutes, 49 seconds," said announcer John Insprucker, meaning the amount of time that had passed after lift-off.

"Looks like we've had another exciting test of Starship Number 11," he added, dryly.

SN11 is the 11th prototype of Starship, which SpaceX hopes will one day be able to fly crewed missions to the Moon, Mars and beyond.

It was the fourth to conduct a test flight attempting to return to the ground for a soft vertical landing.

SN8 and SN9, which launched in December and February respectively, crash landed and exploded, while SN10 successfully landed then blew up a few minutes later during its test on March 3.

Despite the previous failures, analysts say SpaceX is gathering valuable data that will help it to accelerate its development timeline.

This final version will stand 394 feet (120 meters) tall and will be able to carry 100 metric tonnes into Earth orbit -- the most powerful launch vehicle ever developed.