Water On Mars: The results, published in the journal Nature Astronomy, provide the first independent line of evidence, using data other than radar, that there is liquid water beneath Mars' south pole. 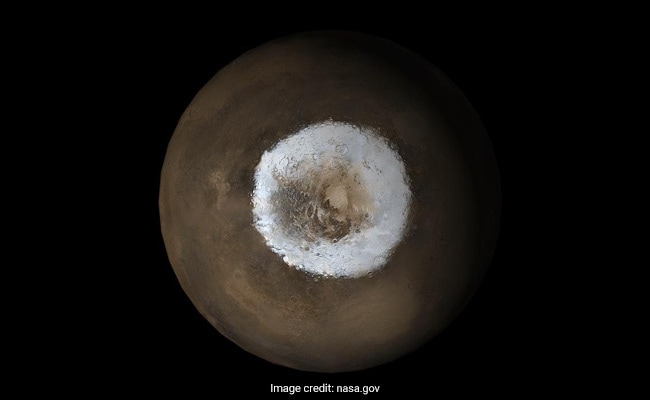 An international team of researchers has found new evidence for the possible existence of liquid water beneath the south polar ice cap of Mars.

The results, published in the journal Nature Astronomy, provide the first independent line of evidence, using data other than radar, that there is liquid water beneath Mars' south pole.

The researchers, led by the University of Cambridge with involvement from the University of Sheffield, used spacecraft laser-altimeter measurements of the shape of the upper surface of the ice cap to identify subtle patterns in its height.

They then showed that these patterns match computer model predictions for how a body of water beneath the ice cap would affect the surface. 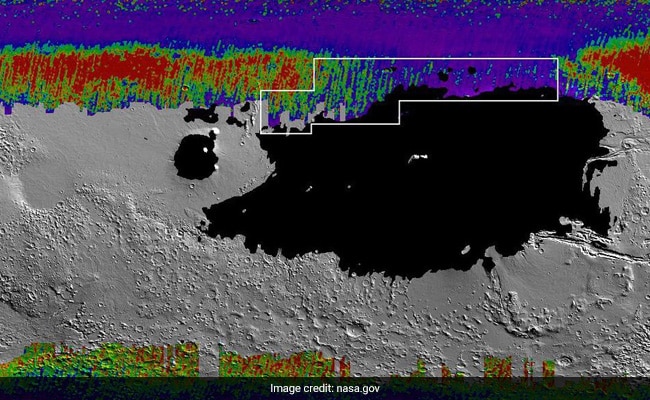 Their results are in agreement with earlier ice-penetrating radar measurements that were originally interpreted to show a potential area of liquid water beneath the ice.

There has been debate over the liquid water interpretation from the radar data alone, with some studies suggesting the radar signal is not due to liquid water.

"This study gives the best indication yet that there is liquid water on Mars today because it means that two of the key pieces of evidence we would look for when searching for sub-glacial lakes on Earth have now been found on Mars," said Frances Butcher, second author of the study from the University of Sheffield.

"Liquid water is an essential ingredient for life, although it does not necessarily mean that life exists on Mars," Butcher said.

In order to be liquid at such cold temperatures, the resaerchers noted that the water beneath the south pole might need to be really salty, which would make it difficult for any microbial life to inhabit it.

However, it does give hope that there were more habitable environments in the past when the climate was less unforgiving, they said.

Like Earth, Mars has thick water ice caps at both poles, roughly equivalent in combined volume to the Greenland Ice Sheet.

However, unlike Earth's ice sheets which are underlain by water-filled channels and even large subglacial lakes, the polar ice caps on Mars have until recently been thought to be frozen solid all the way to their beds due to the cold Martian climate.

In 2018, evidence from the European Space Agency's Mars Express satellite challenged this assumption.

The satellite has an ice-penetrating radar called MARSIS, which can see through Mars' southern ice cap. It revealed an area at the base of the ice that strongly reflected the radar signal, which was interpreted as an area of liquid water beneath the ice cap.

However, subsequent studies suggested that other types of dry materials, which exist elsewhere on Mars, could produce similar patterns of reflectance if they exist beneath the ice cap.

Given the cold climate conditions, liquid water beneath the ice cap would require an additional heat source, such as geothermal heat from within the planet, at levels above those expected for present-day Mars.

"The combination of the new topographic evidence, our computer model results, and the radar data make it much more likely that at least one area of subglacial liquid water exists on Mars today, and that Mars must still be geothermally active in order to keep the water beneath the ice cap liquid," said Professor Neil Arnold from Cambridge's Scott Polar Research Institute, who led the research.

This in turn affects the shape of the ice sheet surface above the lake, often creating a depression in the ice surface followed by a raised area further down-flow.

The team, including researchers from the University of Nantes, University College, Dublin, and the Open University, used a range of techniques to examine data from NASA's Mars Global Surveyor satellite of the surface topography of the part of Mars' south polar ice cap where the radar signal was identified.

Their analysis revealed a 10-15 kilometre-long surface undulation comprising a depression and a corresponding raised area, both of which deviate from the surrounding ice surface by several metres.

This is similar in scale to undulations over subglacial lakes here on Earth. The team then tested whether the observed undulation on the surface of the ice could be explained by liquid water at the bed.

They ran computer model simulations of ice flow, adapted to specific conditions on Mars. They then inserted a patch of reduced bed friction in the simulated ice sheet bed where water, if present, would allow the ice to slide and speed up.

The researchers also varied the amount of geothermal heat coming from inside the planet. These experiments generated undulations on the simulated ice surface that were similar in size and shape to those the team observed on the real ice cap surface.

The similarity between the model-produced topographic undulation and the actual spacecraft observations, together with the earlier ice-penetrating radar evidence suggest that there is an accumulation of liquid water beneath Mars' south polar ice cap, the researchers said.

This magmatic activity occurred relatively recently in the subsurface of Mars to enable the enhanced geothermal heating needed to keep the water in a liquid state, they added.