According to the space agency, the primary goal of HysIS is to study the earth's surface in visible, near infrared and shortwave infrared regions of the electromagnetic spectrum. 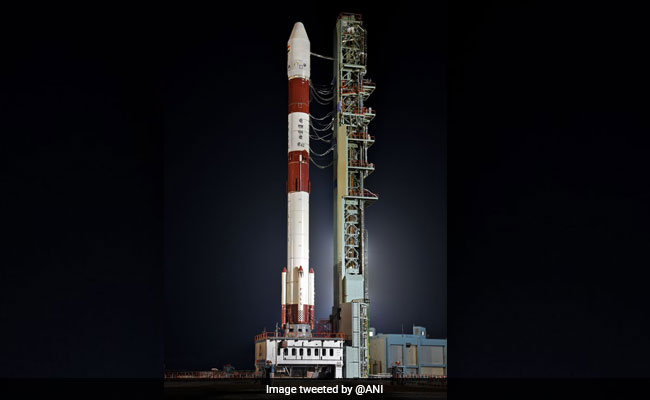 ISRO is all set to launch its workhorse rocket PSLV-C43 carrying India's earth observation satellite Hyperspectral Imaging Satellite (HySIS) and 30 co-passenger satellites, including 23 from the US, from Sriharikota on November 29.

The space agency said the 45th flight of PSLV will be launched from the First Launch Pad (FLP) of Satish Dhawan Space Centre (SDSC) SHAR, Sriharikota.

"HysIS is an earth observation satellite developed by ISRO. It is the primary satellite of the PSLV-C43 mission. The satellite will be placed in 636 km polar sun synchronous orbit (SSO) with an inclination of 97.957 deg. The mission life of the satellite is 5 years," ISRO said.

According to the space agency, the primary goal of HysIS is to study the earth's surface in visible, near infrared and shortwave infrared regions of the electromagnetic spectrum.

The co-passengers of HysIS include one Micro and 29 Nano satellites from eight different countries, the agency said, adding, all these satellites will be placed in a 504 km orbit by PSLV-C43.

These satellites have been commercially contracted for launch through Antrix Corporation Limited, the commercial arm of ISRO, the space agency said.

PSLV is ISRO's third generation launch vehicle. It can carry upto 1,750 kg of payload into polar SSO of 600 km altitude.