Talking about how India has now become an active CERN member, she said, "India has been at CERN since the 1970s and Indian scientists have been participating at CERN because of a huge talent pool in the country. 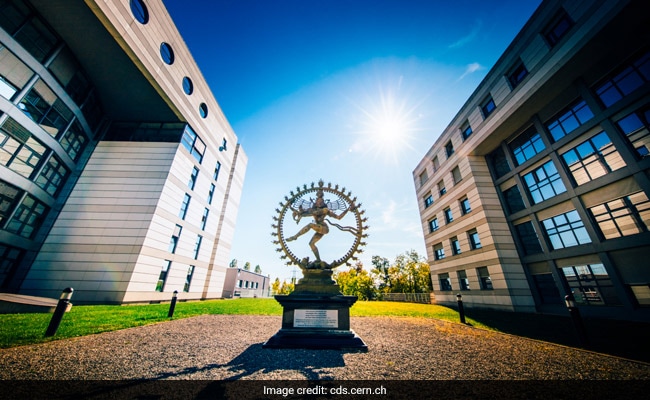 "India has been at CERN since 1970s," Archana Sharma, a senior scientist said. (Photo: CERN)

India is playing a larger role than ever at CERN as the country can now propose experiments and also vote on its important decisions, says an eminent Indian-origin scientist at the organisation which runs the world's largest and most powerful particle accelerator.

Archana Sharma, a senior scientist at the European Organisation for Nuclear Research (CERN), Geneva, Switzerland, who was involved in the discovery of the Higgs boson in 2012, said that CERN will look for more Higgs-like particles.

Talking about how India has now become an active CERN member, she said, "India has been at CERN since the 1970s and Indian scientists have been participating at CERN because of a huge talent pool in the country.

"We were seriously engaged with the Large Hadron Collider (LHC) experiment, with the ALICE and CMS experiments, and with the accelerator itself."

"The Bhabha Atomic Research Centre (BARC) in Mumbai took the lead in commissioning the LHC in 2001," Dr Sharma told news agency PTI in an interview.

ALICE (A Large Ion Collider Experiment) is a heavy-ion detector on the LHC ring while as the Compact Muon Solenoid (CMS) is a general-purpose detector at the LHC.

"After we became an associate member in 2017 officially, we have now entered into a second stage where we can propose experiments and also vote for how things happen at CERN. These are the kind of changes that have taken place," Dr Sharma said.

She said India will try to invest and harvest the technologies that it learns from CERN into the country.

Dr Sharma said that the next run of CERN, which will start in 2021, will look for more Higgs-like bosons.

The Higgs boson dubbed the 'God Particle' is an elementary particle in the Standard Model of particle physics, produced by the quantum excitation of the Higgs field, one of the fields in particle physics theory.

"According to the theory, it is actually possible to have many heavy bosons, and a Higgs-like boson is that was found initially. Then it was confirmed to be a Higgs boson. There could be other bosons which are heavier than this one," Dr Sharma noted.

"The question is if we can find more Higgs-like bosons that are heavier. Up till now we haven't found more and that is the question for the next run of CERN which will start in 2021," she said.

Asked how India has contributed to CERN since becoming an associate member officially last year, Dr Sharma said "India is a huge country, it has a huge potential. So already you see there is a lot of India at CERN working in the various experiments, various Research and Development projects and the accelerator for the future."

She said that for the upgrade of the High Luminosity LHC, which will start in 2025-26, Indian scientists have been participating in the Research and Development. The High-Luminosity LHC project aims to crank up the performance of the LHC in order to increase the potential for discoveries after 2025.

Dr Sharma was in India for a Physics conclave organised by Shiv Nadar School, Noida and an NGO called Life Lab Foundation.

She noted that if India can take leadership in the next generation of 'tabletop accelerators,' the country could become a world leader in particle acceleration.

Tabletop or a laser-plasma accelerator is an emerging class of particle accelerators that use a specialised laser and a charged-particle gas called plasma to get the particles to speed up.

Physicists believe they can shrink traditional, miles-long accelerators to machines that can fit on a table.

"If we can take leadership in these new-wave of accelerators or tabletop accelerators, there is nothing that can stop India from being a world leader in particle acceleration," Dr Sharma added.

Asked about the initiatives taken by India to engage more proactively at CERN, she said, "India's Raja Ramanna Centre for Advanced Technology (RRCAT) in Indore engages extensively with CERN and they have collaboration there."

Dr Sharma said that CERN is searching for candidates for dark matter, a hypothetical form of matter thought to account for approximately 85 per cent of the matter in the universe, and about a quarter of its total energy density.

"It's just that we haven't been able to reach those energies at the LHC to look for them," she said.

Giving the example of the Higgs boson, she said it was not discovered in the previous generation of the accelerator simply because we didn't have sufficient energy to create the particle.

"Then we came to LHC where there was sufficient energy to create the Higgs boson," Dr Sharma said.

Similarly, she said, as CERN moves towards the High Luminosity LHC there could be available energy to create other things which we do not know.

"So CERN certainly is not at the point to say that dark matter doesn't exist, and if we do not find anything, for example, by 2026, it is also a result," she said.

This Flying Robot Can Clean Glass Curtain Walls In High-Rises