Nick Hague and Alexey Ovchinin's journey to the ISS was initially planned for October 11, last year. 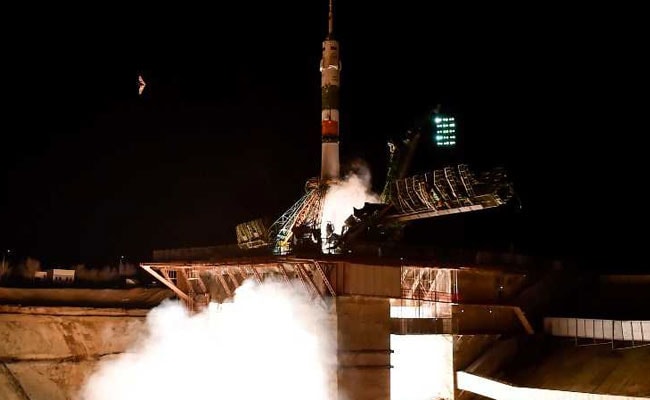 Their mission, Expedition 59, officially began at the time of docking.

NASA astronaut Nick Hague and Alexey Ovchinin of the Russian space agency Roscosmos have safely docked at the International Space Station (ISS), five months after their Soyuz rocket booster malfunctioned soon after launch, the US space agency has said.

The two were joined by NASA astronaut Christina Hammock Koch for the launch at 3.14 p.m., on Thursday aboard the Russian Soyuz MS-12 spacecraft from the Baikonur spaceport in Kazakhstan, NASA said in a statement.

Hague, Koch and Ovchinin docked to the space station's Rassvet module at 9.01 p.m. after a four-orbit, six-hour journey. Their mission, Expedition 59, officially began at the time of docking.

Hague and Ovchinin's journey to the ISS was initially planned for October 11, last year. However, a booster separation problem with their Soyuz rocket's first stage triggered an abort two minutes after launch, resulting in a safe return to Earth.

The three astronauts have joined the station's Expedition 59 crew Anne McClain of NASA, David Saint-Jacques of the Canadian Space Agency and Expedition 59 Commander Oleg Kononenko of Roscosmos and will return to Earth in October as members of Expedition 60.

During their mission, the station crew will take part in about 250 research investigations and technology demonstrations not possible on Earth to advance scientific knowledge of Earth, space, physical, and biological sciences, NASA said.

The investigations include devices that mimic the structure and function of human organs, free-flying robots, and an instrument to measure Earth's distribution of carbon dioxide.

Hague, Koch, McClain and Saint Jacques soon will take part in the three planned spacewalks -- on March 22 and 29 and April 8.

The crew is also scheduled to be on board during test flights of NASA's Commercial Crew Programme, which will return human spaceflight launches for space station missions to US soil, NASA said.

(This story has not been edited by NDTV staff and is auto-generated from a syndicated feed.)
Comments
ISSNick HagueAlexey Ovchinin