The Indian teenagers who made it to the final round of the Global Breakthrough Challenge are Samay Godika, 16, and Nikhiya Shamsher, 16, from Bengaluru, and Kavya Negi, 18, from Delhi. 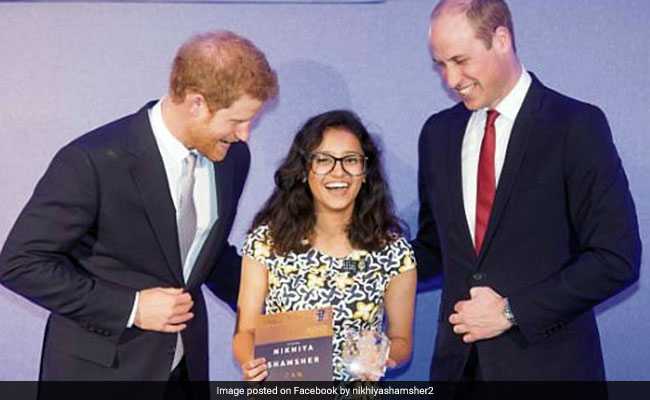 Three Indian students have made it to the finals of the prestigious annual Breakthrough Junior Challenge, a global science competition for teenagers to share their passion for mathematics and science.

The three Indian students are among 15 finalists of more than 12,000 original registrants from around the world who submitted engaging and imaginative videos to demonstrate difficult scientific concepts and theories in the physical or life sciences.

The Indian teenagers are Samay Godika, 16, and Nikhiya Shamsher, 16, from Bengaluru, and Kavya Negi, 18, from Delhi.

The winner will be announced on November 4 in Silicon Valley and get a $250,000 college scholarship. The science teacher who inspired the winning student will get $50,000. The winner's school will also receive a state-of-the-art science lab worth $100,000.

Nikhiya was the top scorer in the popular vote contest with more than 25,000 likes, shares and positive reactions for her video on space time and gravity posted on the Breakthrough Facebook page. Nikhiya will receive automatic entry into the final round of judging.

Nikhiya describes herself as an inventor and an innovator. She has a patent pending on a point of care, home-based salivary diagnostic test for chronic smokers to detect the risk of oral cancer.

"I conducted my study at IISC, Bengaluru and my diagnostic test has an accuracy of 96 per cent. It's a simple product that a person can use at home and one test costs less than 50 cents," said Nikhiya, who is also the founderpreneur of an e-commerce website, 100 per cent of the profits of which are used to set up and fund Math and Science Laboratories in schools and colleges that don't have any.

Her project is about 4-Dimensional Space Time and Gravity. "I would love to pursue theoretical physics, simply because it reveals many secrets of the universe. And of course, an important component of theoretical physics is math. I believe math is the language by which the universe speaks to itself," she said.

Kavya from Delhi believes that her video about Hawking Radiation might stand a chance to win because it showcase in depth dive to the concept.

"I have been able to explain not just Hawking Radiation but also black hole explosion in three minutes," Kavya said.

Aspiring to be physics researcher as well as a science communicator, Kavya believes that scientists should be celebrated just as much as musicians, actors or sportsmen.

"My vision is to see a scientific utopia which starts with scientific communication," she said.

Samay, an 11th grader, in his project has explored various aspects of Circadian Rhythm.

"I first heard about Circadian Rhythm when it was in the news as the 2017 Nobel Prize winning topic in Medicine. I zeroed in on this topic as it seemed to impact many facets of daily lives, including things like my asthma, the difficulty I face getting up early in the morning, etc," he said.

Samay wants to pursue a formal programme in neuroscience. "Our brain seems to be the most complex system in this world and the least understood. I am interested in building a solid foundation in this area. In parallel, I would also like to pursue a programme that allows me to formally learn Data Sciences," he said.

"This skill will equip me to model complex problems. A combination of neuroscience and data science skills could enable me to devise solutions for some of the most debilitating diseases faced by mankind," Samay said.

Since its launch, the Breakthrough Junior Challenge has reached 190 countries, and the 2018 installment of the global competition attracted more than 12,000 registrants, a media release said.

The contest is designed to inspire creative thinking about fundamental concepts in the life sciences, physics, and mathematics.

The field was reduced to 29 semifinalists, which represented the top submissions after two rounds of judging: first, a mandatory peer review, followed by an evaluation panel of judges, Breakthrough said.