On CCTV, SUV Hits Parked Car 5 Times Before Driving Away In Pune

Pune, Maharashtra: CCTV footage shows a Renault Duster backing up behind a Tata Indica, parked near a gated compound and then ramming the car once setting off its anti-theft alarm. 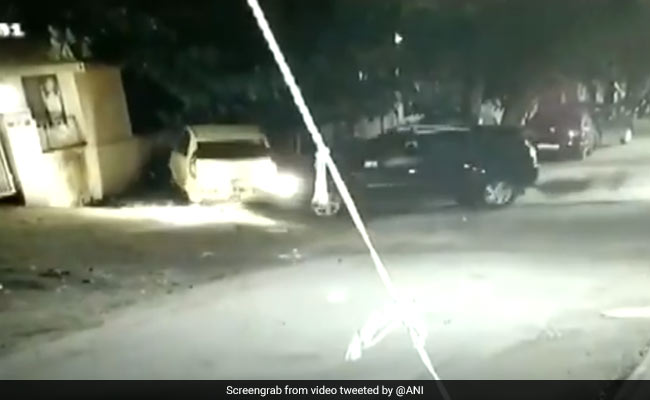 A weird incident caught on camera shows a driver hitting a parked car at least five times as bemused bystanders look on in Maharashtra's Pune. CCTV footage obtained by news agency ANI shows a Renault Duster backing up behind a Tata Indica, parked near a gated compound and then ramming the car once setting off its anti-theft alarm.

The Duster then moves ahead, stops in the middle of the road, only to dramatically turn back around in full speed and hit the Indica again.

As confused bystanders on the opposite side of the road gather around to see what is happening, the Duster moves ahead yet again, only to reverse back and after a brief moment of contemplation, lightly ram the Indica for the third time and move forward.

The Duster backs up again to face the Indica and then moves ahead, only to brake very close to the parked car. After a brief pause, the Indica suffers a fourth hit from the Duster.

Two more bystanders who are seen approaching the side of the road where the Indica is parked, quickly cross the road to watch the bizzare incident as the Duster backs up in the middle of the road and hits the Indica for the fifth and last time.

Just a few more seconds of hesitation later, the Indica suffers its final blow and is pushed it further into the gated compound's wall.

The Duster, seemingly accomplishing its mission, reverses away from the Indica and drives off.

"A woman driver damaged three cars with her car in Ramnagar area; Case registered, further investigation underway," an Additional Commissioner of Police in Pune's Pimpri-Chinchawad, was quoted as saying by ANI.