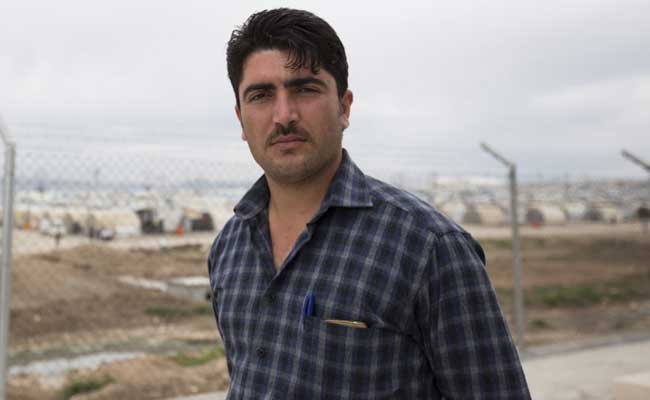 London: A young Yazidi father-of-four who risked his life to help survivors of ISIS atrocities in northern Iraq has won a prestigious award for his humanitarian work.

Bassam Hawas Quru, who works for International Medical Corps, told how he became an aid worker after ISIS overran his Sinjar homeland, massacring thousands of his people and enslaving others.

Hawas Quru, named winner of the Bond Humanitarian Award, which recognises hidden "superheroes" working in the humanitarian field, said 11 members of his family were captured by militants as they tried to escape.

His grandmother and baby cousin died in captivity. Another two uncles are still being held, their whereabouts unknown.

"The story of the Yazidis forced to flee the ISIS genocide shocked the world in 2014, but the story of those who returned, who today risk their lives to help others, is still to be recognised," said International Medical Corps spokeswoman Larissa Schneider-Kim.

UN experts have accused ISIS of committing genocide against the Yazidis, one of Iraq's oldest minorities.

Hawas Quru, now 27, joined International Medical Corps after he and his family found safety at Mamilyan camp near Akre. As a community health worker he risked his life last year by travelling to newly liberated villages in a region still harbouring ISIS sympathisers.

"It was dangerous work. We did house visits. We didn't know exactly whether the people there would be supporters of ISIS or not, whether they would be armed or not," he said.

"But I was not scared. I was committed to helping the people there," Hawas Quru told the Thomson Reuters Foundation on Tuesday after winning the award.

Hawas Quru, who now works in Kapartu camp where 28,000 displaced people are living, has helped survivors deal with psychological trauma, organised vaccinations for children and worked on health campaigns to reduce communicable diseases.

The Yazidis are a religious community of around 400,000 people whose beliefs combine elements of several ancient Middle Eastern religions.

ISIS terrorists, who have denounced them as infidels, continue to hold thousands captive including many girls and women who have been traded as sex slaves.

Before the massacre, Hawas Quru worked as a dental assistant, living with his parents, wife and four children in a village to the north of Mount Sinjar, near the Syrian border.

Hawas Quru said his aunt was pregnant when she was kidnapped by terrorists but her baby died in captivity.

"Two of my uncles remain in captivity - we do not know where they are," he said, speaking through an interpreter by phone from Erbil in northern Iraq.

Terrorists released the seven other captured family members following payment of a $70,000 ransom.

Hawas Quru says he lives in hope that all Yazidis will eventually be freed and he and his family can live in peace.

"I dream of a day when Iraq can be free from war, and when all Iraqis - whether Arab, Kurdish, Sunni, Shia, Yazidi or any other religion - can live in peace without discrimination," he said.