They barely remember the circumstances of their earlier lives, and many have embraced the ultra-extremist form of Islam at the heart of the Islamic State's ideology. 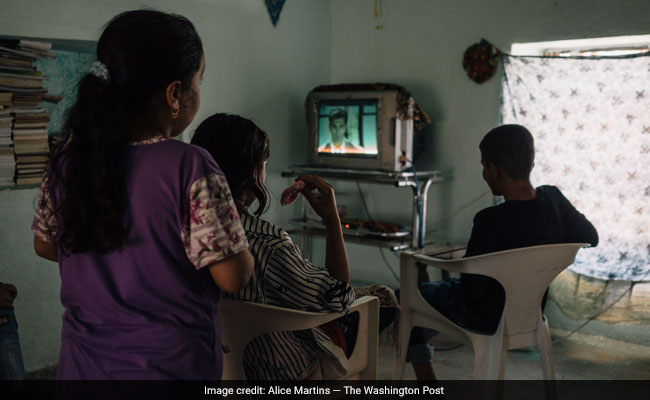 The children were given new names, new families and a new faith.

Early last month, an informant offered a tip to one of the Yazidi leaders engaged in tracking down members of the minority faith who are still missing after being abducted by the Islamic State five years ago.

Two Yazidi girls, 14 and 11, were said to be living in a tent with a woman loyal to the Islamic State in the al-Hol camp in eastern Syria, where tens of thousands of Islamic State family members are being detained, said Mahmoud Rasho, the Yazidi leader.

A few days later, he headed to al-Hol, gathered a group of Kurdish security guards and went to the tent to rescue the girls.

They didn't want to be rescued.

The girls sobbed and screamed and clung to the woman, insisting she was their mother. The woman sobbed, too, wailing that the girls were her daughters and hugging them in her arms. The Kurdish security forces physically separated them and put them into a van for the first leg of their journey back to their real families, in the Sinjar region of Iraq. 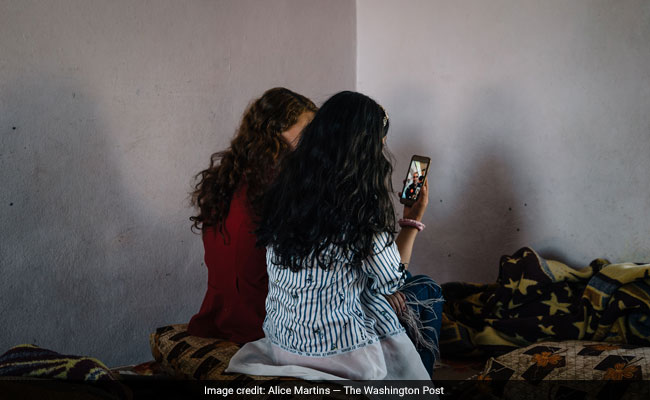 Accounts of the wrenching scene, given by both Rasho and the girls, point to a new challenge confronting members of the Yazidi community as they try to trace nearly 3,000 Yazidis who remain unaccounted for after the territorial defeat of the militants. Perhaps hundreds of them are children, who are still being hidden by Islamic State families in camps or homes, Rasho said.

Snatched from their families at a young and vulnerable age, these children now must undergo the trauma of new separations and new adjustments, after spending some of the most formative years of their lives with the militants. The children were given new names, new families and a new faith. Many forgot their native Kurdish language and now speak only Arabic.

They barely remember the circumstances of their earlier lives, and many have embraced the ultra-extremist form of Islam at the heart of the Islamic State's ideology.

Altogether, over 6,200 Yazidis, an ancient minority viewed as infidels by the Islamic State, went missing when the militants swept through their ancestral homeland in the Sinjar mountains of northern Iraq in 2014.

Many Yazidi men were simply murdered on the spot. The women were taken to be sold as sex slaves, and most of them have returned home, either after their families paid ransom or they escaped. They have brought with them harrowing tales of the conditions they endured in captivity.

The children tell a different story.

They endured horrors, to be sure - the relentless airstrikes carried out by the U.S.-led coalition, the deaths of the people they cared about, and the atrocities they witnessed.

But their lives with the militants also brought adventure, friendship and love.

In an interview at Rasho's home, where she was staying ahead of her return to Iraq, the older of the two girls described the misery they felt when they were separated from the woman they had come to regard as their mother, whom they knew as Umm Ali. They wept all the way back to Rasho's home, and she said they still cry every day because they miss her.

"I love her more than my own mother," said the girl. "She treated me better than my original mother. My mother and father divorced and they didn't care about me. Umm Ali really cared for me, as if I were her own daughter."

She was among four recently rescued children, the two girls and two boys, who spoke during a series of interviews at Rasho's home about their experiences of life with the Islamic State. Their names are being withheld because they are minors, and the opinions they express now may haunt them in the future as they readapt to yet another way of life in their original homes - and perhaps change their views again.

A 15-year-old boy who was recruited into the Islamic State's "Caliphate Cubs" army for children said he was sure he would not change his mind. Alone among the four children, he volunteered in late May to be rescued, after spending three months in jail with captured Islamic State fighters.

His leg was blown off during shelling last year, conditions in the cell were difficult, and he decided it would be better to acknowledge his Yazidi identity to the guards than to remain incarcerated perhaps for years.

But he did so with regret, he said, sitting in a wheelchair procured for him by Rasho from a nearby family. He misses the camaraderie of the battlefield and, above all, the friend he made on the front lines, a Saudi man called Abu Hassan, who died beside him in the attack that cost him his leg. He cries when he remembers him and says he dreams of joining Abu Hassan in heaven.

One of the hardest adjustments, he said, has been seeing women with their hair and faces uncovered. It is an adjustment he doesn't think he will be able to make when he returns to the more liberal Yazidi community in Iraq.

"Maybe there's a lot of things I won't like," he said. "The women where I am going don't cover their hair. It will be very hard for me if someone comes to my house and sees my mother and my sister not covered. Or if I go to my uncle's house and see the faces of his daughters. I can't force them to do something they don't want. But when I get married I will not allow anyone to see the face of my wife." Yazidi women rescued by Rasho prepare tea on May 26, 2019, near Hasaka, Syria.

The 14-year-old girl nodded and said that for her, going without her face and hair covered was something she couldn't get used to.

"Dressed like this now, I'm not comfortable. I feel naked," she said, pointing to the black lace dress and leggings she was wearing, more goth than Islamist, that were loaned to her by one of Rasho's daughters. Her hair was tied up in a pink scrunchy.

The girl was sassy and articulate and talked animatedly about the lessons her adoptive mother had taught her about Islam. When told she looked pretty in her new outfit, she scowled.

"If I am pretty, men will look at me and it will cause strife," she responded sternly, echoing the Islamic State's teachings about why women should cover their faces and hair. She lovingly touched the black abaya that she had on when she was rescued and said she wishes Rasho's family would allow her to wear it.

When reminded that the Islamic State had committed atrocities, the children quickly dismissed them.

"Why do you hate the Islamic State so much?" asked the boy. "They killed my father and my cousins but still I love them. Why should you be against them when they didn't do anything to you?"

"It's true some of the military men were bad, but most of them were really good people," added the girl.

Rasho acknowledged that the children are facing difficulties adjusting but predicted they would adapt once they got home. He and his family do their best to make them feel welcome. His teenage children befriend them. They teach them about the Yazidi faith. But the traumatized children will need counseling and the support of their families, he said.

Not all of them will find it.

The second boy, 12, seemed somewhat more at ease with his new life. Like the girls, he resisted being rescued from the Iraqi family he was with in the al-Hol camp, but he said that was because he was afraid. The Islamic State had taught him, he said, to believe that the Yazidis would kill him if they found him. 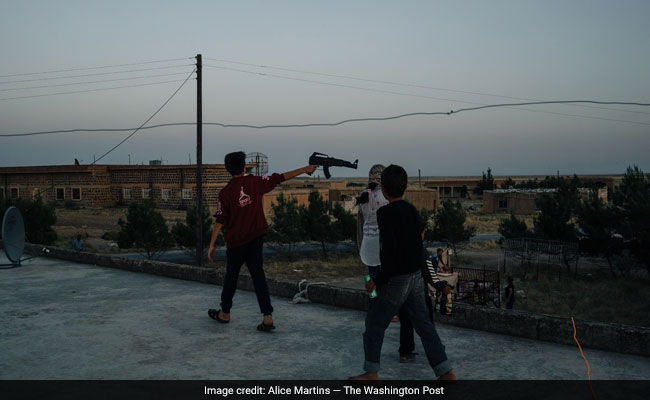 He only dimly recalls the faces of his father and mother, who were abducted alongside him, but said he was looking forward to seeing them again.

Speaking in Kurdish as the boy poured tea for the guests, Rasho told us his parents are missing and almost certainly dead. The boy betrayed no sign that he understood.

"I know in those days I spoke only Kurdish, and I only understood Kurdish, and I don't know how it is that I speak only Arabic now and I forgot Kurdish," he said.

Out of earshot of the Yazidi adults, he begged us to take him back to the camp from which he was rescued, saying he missed his friends.

"Maybe in the beginning we are suffering, but maybe, only God knows, we will get used to it," suggested the 14-year-old girl.

The youngest of the group, the 11-year-old girl, didn't seem sure. Painfully shy, she refused to speak. She nodded or shook her head to the few questions she was asked, her eyes downcast.

Then the corners of her mouth drooped, her eyes fell, and she looked as though she was going to cry.