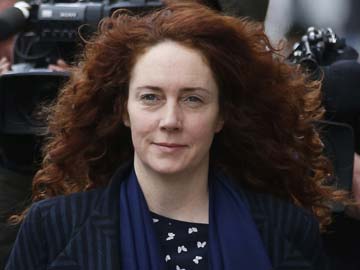 Rebekah Brooks, who was cleared of all charges Tuesday after the landmark phone-hacking trial Tuesday, combined magnetic personal charm with ruthless ambition to become one of the most powerful women in Britain. (Read: Rebekah Brooks Cleared of All Hacking Charges in UK Trial)

As editor of top-selling tabloids the News of the World and The Sun, she published scoops involving the royal family, football superstar David Beckham and the "fake sheikh" -- a reporter who dressed as a Middle Eastern prince to elicit incriminating comments from celebrities.

Rupert Murdoch, the media mogul who owned the papers, treated 46-year-old Brooks as a daughter and she was close friends with Prime Minister David Cameron, who went to school with her racehorse trainer husband Charlie.

Now she faces having to rebuild her career after a high-profile trial in which her methods and reputation faced intense scrutiny.

A former secretary, Brooks was famous in Britain's traditionally male-dominated tabloid world as a woman who would stop at almost nothing to get a story.

She once disguised herself as a cleaner and hid in the bathroom of a rival paper for two hours before stealing an early edition so the News of the World could lift its scoop on Prince Charles, according to her former editor Piers Morgan.

Such determination helped her to rise to become editor of the News of the World between 2000-03 and The Sun between 2003 and 2009.

On her first day editing The Sun, she kept the tabloid's semi-naked page three pin-up but the model's name was given as "Rebekah from Wapping" -- the area of east London where the paper was produced.

As she rose ever higher in the Murdoch empire, she became part of his inner circle.

After Murdoch announced the closure of the News of the World in 2011, he was asked by journalists what his first priority was.

Gesturing at Brooks, by then chief executive of his British newspaper group News International, he said: "This one."

Brooks, 45, and her husband socialised with Murdoch's daughter Elisabeth as part of a rural elite known as the Chipping Norton set, which also included Cameron.

Before her marriage to Brooks, she also had an affair with her colleague and co-defendant Andy Coulson, who went on to become Cameron's communications chief.

Her first husband was former "Eastenders" soap actor Ross Kemp, whom she married in 2002. Brooks admitted it was a stormy relationship, and they divorced in 2009, by which time she had already met her new husband-to-be.

Cameron was not the only prime minister whom she befriended -- former premier Tony Blair also advised her days before she was arrested to "tough up" and take sleeping pills, it emerged at her trial.

But Brooks's excellent connections could not prevent her arrest, days after the News of the World was shut down amid a scandal over claims its private investigators hacked the phones of victims of London's 7/7 terror attacks and Milly Dowler, a murdered 13-year-old girl.

Promoted
Listen to the latest songs, only on JioSaavn.com
During her trial, she denied charges of conspiring to hack phones; conspiring to commit misconduct in public office and perverting the course of justice.

Now she faces an uncertain future after months in the dock.