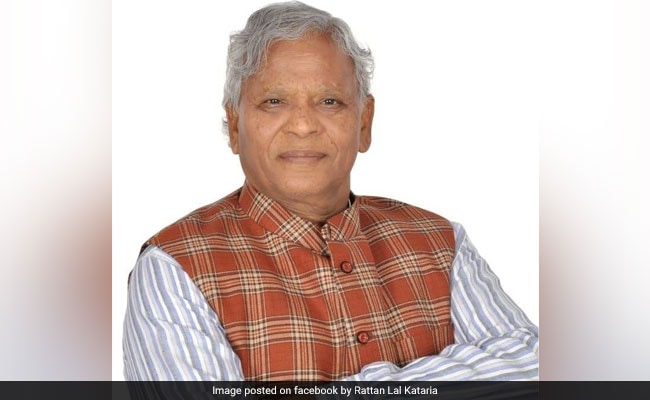 Rattan Lal Kataria was elected as a Haryana MLA in 1987.

Now entering Parliament for the third time, Rattan Lal Kataria is often seen as the BJP's Dalit face in Haryana.

He was spokesperson of Haryana BJP in early 1980s and served as the party's state unit president between 2001 and 2013.

During his last stint in Parliament, he was a member of the Committee on Welfare of Scheduled Castes and Scheduled Tribes. He also served on the Standing Committee on Finance.