Established in the memory of Princess of Wales, the award is given to young persons for social action or humanitarian efforts 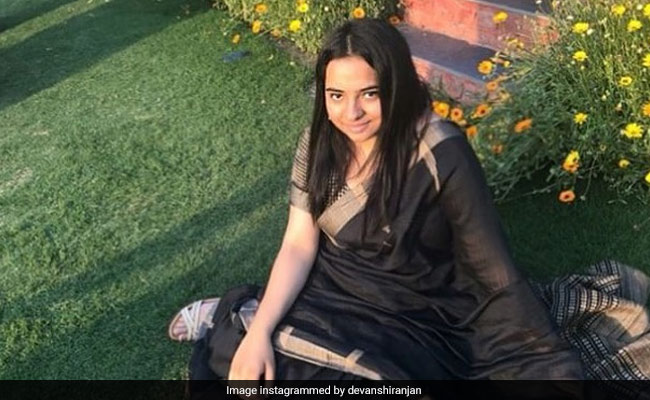 Several teenagers from across the country have won the coveted Diana Award for advancing the UN Sustainable Development Goals.

The award, given to people in the 9-25 years age group, was conferred on 400 people globally.

Established in memory of Diana, the Princess of Wales, the award is considered the "highest accolade" a young person can achieve for social action or humanitarian efforts. It is given out by the charity of the same name and has the support of her sons -- the Duke of Cambridge and the Duke of Sussex.

Among the winners from India is Devanshi Ranjan, a 21-year-old student of Lady Shri Ram (LSR) College. A final-year student, she has been working with NGO Ladli Foundation Trust to help underprivileged children, especially girls, with their studies amid the COVID-19 pandemic.

"I found out that I will be honoured with the Diana award on May 5. I was extremely elated but couldn't share the news with anyone except for my immediate family till the commencement of the virtual ceremony on June 28," Ms Ranjan was quoted as saying by news agency PTI.

"My work centered around the COVID-19 pandemic relief work. A number of surveys and reports showed an increase in the number of drop-outs in schools, especially the female students, as availing education online was not affordable for all. I worked with NGO Ladli Trust and under its programme ''Pathanshala'' conducted workshops and educated students from slums and villages," she added.

During this period, Ms Ranjan taught over 1,000 children in the slums across Delhi. She also distributed books, stationery items and other resource material.

Eighteen-year-old Aditya Dubey has been awarded for starting an initiative that led to the planting of over 1,00,000 trees. Having experienced poor health due to the air pollution in the National Capital Region, Aditya founded the 'Plant a Million Trees' initiative. He had also campaigned against single-use plastic by working with the Central Pollution Control Board.

Delhi resident Aditya Mukarji was 14 when he started the '#RefuseIfYouCannotReuse' campaign to persuade hospitality establishments to switch to eco-friendly alternatives to single-use plastics. In just two years, the campaign went on to eradicate over 25,000,000 single-use plastics. He has also raised awareness of single-use plastics in schools and leads the environment portfolio of his school council. Aditya is a volunteer for 'Chintan', a waste management NGO. During the pandemic, he raised funds and volunteered to help with the migrant crisis.

Ashug Guijala, 16, from Hyderabad was determined to act after being exposed to the digital divide caused by the pandemic and its impact on education. His educational project, Fuel a Dream, equips children in rural India with academically aligned science and math kits, geo puzzles, brainteasers and educational board games. He has been able to raise over 2.5 lakh rupees and helped over 1,000 children, according to the award website.

Seventeen-year-old Mahira Jain has founded 'FunWagon', an initiative aimed at increasing access to social science subjects in the country. Through this, she promoted experiential learning through excursions and experiences both in-person and virtually and created an accompanying curriculum, which has since been adopted by 11 NGOs. Having moved activities online during the COVID-19 pandemic, Mahira designed a 'virtual walkthrough' series for audiences, introducing them to the history, culture and architecture of India.

Kochi's 11-year-old Nirvaan John Rao has participated in events to help the wider community, including a community kitchen event where he cooked and served food to the migrants. He also raised Rs 50,000 to support migrants. Recently, he has started 'The Happiness Initiative' under which he collects clothes, shoes and books and distributes them among those in need.

Fifteen-year-old Shourya Kadam, who has lived in Los Angeles, has through his project 'The Causation to Cognizance', sought to understand and promote climate awareness and activism. The Hyderabad resident has conducted interviews, discussions and surveys in his community and also created blogs, visual art, and music pieces. He donated the revenue from these to a climate change NGO. Soon after, he founded his own student-led organisation called 'OCEAN Environmentals' that works towards wildlife and resource conservation.

Fifteen-year-old Himanshu Rao Kalvakuntla, also from Hyderabad, has founded an initiative 'Shoma' that aims to support communities through installation of food processing units that can produce unadulterated food. He secured funding to set up the units in a village, Gangapuram. With the funds, he provided machines to process raw materials and employed unemployed people from the village. The initiative went on to become a huge success. Funds generated from the sale of products were set aside for the development of the village and salaries of the employees.

Shiv Kampani, 16, witnessed a fire in the high-rise building he stayed in four years ago. He did not want anyone else to go through such an experience. He then created a smart gas leak and fire detector, and a 3D simulation game 'Fire Escape', which has been adopted by the 'Fire and Security Association of India'. He has also developed a low-cost robot to clean Mumbai's sewers. When the pandemic hit, he went on to develop a contact-tracing website and an online learning platform to help close learning gaps.

Kavya Gupta, 17, has established the Bhavishya Foundation, members of which have planted over 3,000 saplings and educated more than 2,000 students to address complex challenges of our times.

"We congratulate all our new Diana Award recipients from the UK and all over the globe who are changemakers for their generation. We know by receiving this honour they will inspire more young people to get involved in their communities and begin their own journey as active citizens," said Tessy Ojo, CEO of The Diana Award during the virtual award ceremony.

The award recipients have been put forward by adults who know the young people in a professional capacity and recognise their efforts as a positive contribution to society.