Samir Singh covered more than 22 states over the run with the motive of raising funds for the families of soldiers who died on the battlefield. 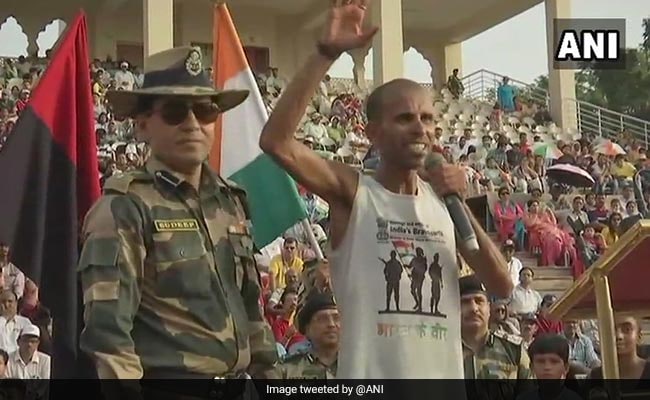 Samir Singh ran 13, 750 km to raise funds for families of soldiers who died on the battlefield

Ultra-Marathon runner Samir Singh, who completed a marathon run of 13,750 km in a span of seven months and six days, was felicitated at Attari-Wagah border on Friday.

Mr Singh began his journey on December 1 from Punjab's Wagah before running south towards Kanyakumari, from where he continued his run towards Kolkata, all the states of north-east, and the Nepal border. From the Himalayas he then reached Jammu via Srinagar.

After registering on the government's 'Bharat Ke Veer' portal, he covered more than 22 states over the run with the motive of raising funds for the families of soldiers who died on the battlefield.

He faced harsh weather conditions during his run, which saw the height of winter and the peak of summer. In the effort to set a new record, not only did he match his previous best - of 9,964 kms - he surpassed it by more than 3,500 kilometres.

Who is Samir Singh?

Born in 1972 in Mandsaur, Madhya Pradesh, Samir Singh took up long distance running only at the age of 35 and eventually set a target of running 100 kms a day for 100 days and setting a record of having run 10,000 kms in 100 days.

In 2017, when he was on his goal of covering a 10,000 km run, he was was dubbed "The Faith Runner" and inevitably compared to Tom Hanks' iconic character 'Forrest Gump'. During his 2017 run, he spent nearly three months running between Mumbai's slums and its business districts. He lived on clothes that were donated to him, and his daily earning was a meager Rs 190.

Upon completion, his 2017 run measured longer than the Great Wall of China (5,500 kms) and the distance between Mumbai and London (7,200 Kms). He ultimately fell short of the 10,000 km mark by a mere 36 kms due to health issues that confronted him at the time. His herculean effort, however, didn't go unnoticed. 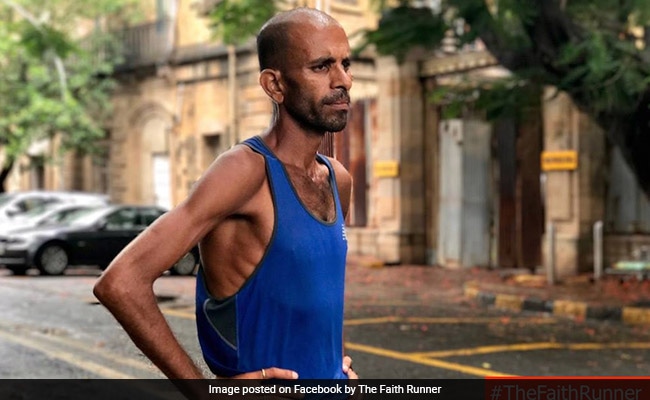 He doesn't have any sponsors but is supported by two Mumbai documentary filmmakers Vikram Bhatti and Vandana Bhatt who had spotted while he was attempting to complete the challenge. It was they who christened him as 'The Faith Runner' and even set up a Facebook page with the same name which covered his enormous challenge.

On the run that he undertook across the country under the 'Bharat Ke Veer' portal, his endeavor was appreciated by people across the country, especially the Border Security Force, which provided him all the logistic support that he needed.

(With Inputs from AFP , PTI and ANI)