An excellent orator and a prolific writer Dr Francis Soundararaj has published several books, research papers and has guided several scholars in their doctoral and post-doctoral programmes. 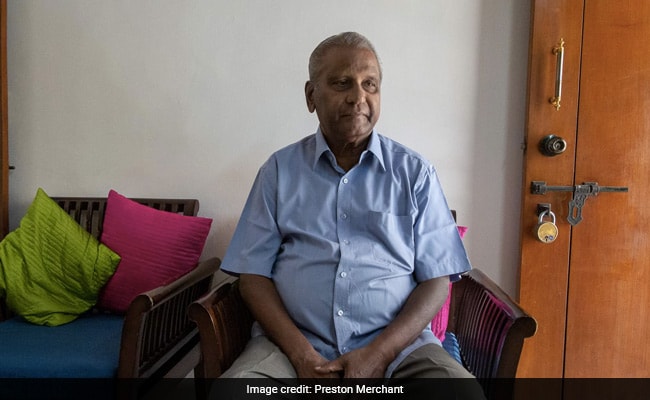 Acclaimed spoken English professor, academician and theologian Rev Dr Francis Soundararaj died in Chennai on Friday. The 86-year-old former Principal of the premier Madras Christian College (MCC) was going through Parkinson's disease and Dementia over the last few years. He leaves behind his wife Caroline and son Prasanna.

"I've lost a very dear friend," said Prof VS Venkataramanan, former HOD of English. Recollecting his short chat with Dr Francis on New Year's day, Prof VSV told NDTV, "He was an excellent teacher, a self-made man known for his hard work". He added, "He was a serious teacher who never went to any class without preparation. He was a disciplinarian but kind-hearted with a sense of humour".

Hailing from southern Tamil Nadu, Dr Francis did his master's at MCC, joined the English faculty in 1958 and rose to become the Principal in 1989.

In his tribute, Principal Dr Paul Wilson said, "The Madras Christian College family is grateful for the life and services of our former principal Dr. Francis Soundararaj in building its fabric along with the band of of his predecessors and he would be remembered in the history of the college for his contributions as an administrator, academician and theologian for ever." 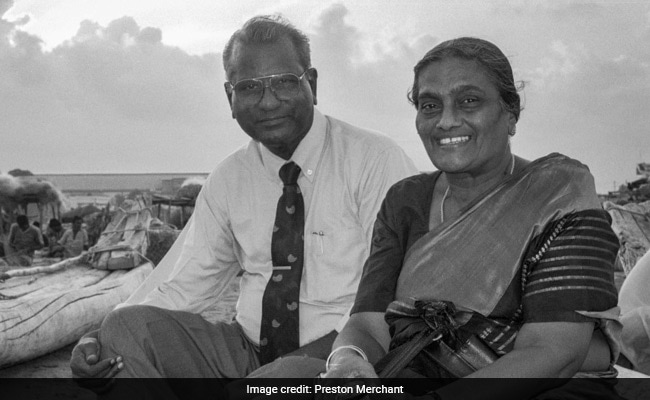 Known as the best Phonetics teacher in Asia, Rev Dr Francis Soundararaj leaves behind  his wife Caroline and son Prasanna.

He pursued his post-doctoral programme in Edinburgh, Scotland and was an authority not just in English literature but in phonetics as well. Known for his impeccable pronunciation and teaching of phonetics, his spoken English and public speaking classes were a super hit among students.

"None in this part of the world was able to speak Received Pronunciation as Dr Francis did," said Prof V Rajagopalan, a former student, colleague and Ph D scholar of Dr Francis.

Dr Stephen Jebanesan, a retired Professor who too pursued his master's at Edinburgh at the same time said, "Dr Francis worked under a very famous Phonetics Professor Dr.Asher in 1986 in the Department of Applied Linguistics. He did a remarkable study comparing English and Tamil phonemes. The Department was so impressed that they requested him to teach a few classes".

"Dr. Francis was a towering figure in higher education in India and a noted linguist and scholar of the Tamil language, who's work influenced generations of scholars in India and abroad. They were drawn to him not only for his erudition but also for his graciousness and generosity, his wise laughter, and his clear personal commitment to his students' success and well being" recollected Preston Merchant, photographer and former Adjunct Professor, Columbia Journalism School.

His students from around the world expressed grief and shared their fond memories of their favourite teacher, fondly called Francis.

"I still remember his impeccable pronunciation. It was indeed a privilege to learn from the best," said Fabiola Jacob, an MCCian.

Mumbai based Joycia Thorat said, "I remember his patience in teaching phonetics . He was passionate and professional in his teaching."

Anita Thomas in Canada said, "He was an absolutely amazing teacher. He made me get fascinated by 'Paradise Lost'".

Gigy Jenson summarised, "He was one of my favourite teachers. Despite coming from vernacular medium he mastered English language. I have not heard anyone speak the language so perfectly."

Dr Soundararaj had also taught at the Government Arts College in Salem and was head of the English Department at St John's College, Palayamkottai. He took over as the first Principal of Kodaikanal Christian College after retirement.

"My heartfelt condolences to his family. I had a special bonding with him and learnt so much. A role model on many counts, will miss him deeply," said Vinayy Premkumar a Dubai-based alumnus of the Kodaikanal Christian College.

Vinith Victor, another former student now in the US, said, "Such a great teacher. Phonetics he rocked".

"Grateful and honoured that I got my first teaching assignment, at KCC when he was Principal," said Dr Ashley Susan Philip who's presently an Assistant Professor of English at Mar Thoma College in Kerala.

An excellent orator and a prolific writer Dr Francis has published several books, research papers and has guided several scholars in their doctoral and post-doctoral programmes.

Sharing his thoughts from Tennessee, Dr Manohar Samuel, a retired Professor said, "An erudite scholar, he taught linguistics exceptionally well, particularly Phonetics, with passion. He made it appear so simple that it stuck to us for a long time. He took pride in the work he did so assiduously. As my PhD supervisor, he guided me looking meticulously into every detail. He was very approachable, humble and a hard worker. We'll miss him".