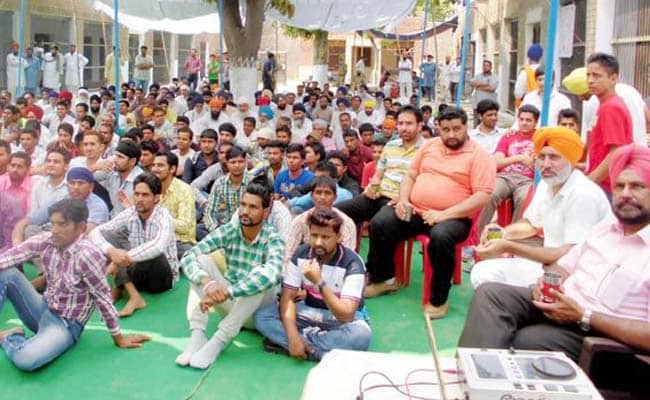 Hardcore criminals and prison officials sat together in Patti jail to watch a dance programme.

Amritsar: Jail officials and hardcore criminals came together at Punjab's Patti jail, near Tarn Taran, on the day of Baisakhi to watch an illegal dance show by women performers. And the audience took numerous pictures of the event, which proved highly useful during the official inquiry into the matter.

The jail's deputy superintendent, Davinder Singh Randhawa, had never sought permission from the higher authorities for such an event, said Superintendent of Amritsar Central Jail RK Sharma, who held the inquiry.

He called it a "gross abuse of official power" to please some rich prisoners lodged in the jail.

Some of the detainees allegedly having close links with a political bigwig had managed to convince Mr Randhawa to organise the event, said inquiry report, which has been submitted to the state's Director General Prisons, RP Meena.

In the photographs of the event, which were circulated in the social media, hardcore criminals lodged in the jail were seen sharing dais with Mr Randhawa.

A hefty amount was paid to the performers for provocative dances, the inquiry revealed.

Promoted
Listen to the latest songs, only on JioSaavn.com
Naruana was involved in firing incident in Bathinda jail couple of days ago, following which he was shifted to another jail.

The opposition Congress has demanded the resignation of Deputy Chief Minister and home minister Sukhbir Badal over both incidents.