Why Priyanka Backed Out Of Varanasi War With Modi

Finally it was a no-show from Priyanka Gandhi Vadra who had teased, hinted and finally said that she would contest from Varanasi against PM Modi if her party wanted.

Considering that the apex decision-maker in her party is her older brother, Congress President Rahul Gandhi, and the veto lies with her mother Sonia Gandhi, a dinner table chat - or a series of them - were presumably how the matter was decided.

But the nudge-nudge-wink-wink which was scaled up helpfully by Rahul Gandhi's "suspense is good" comment then turned into a PR mess with Ajay Rai being fielded once again as the Congress candidate from Varanasi. Rai placed third against Modi in 2014 and with his nomination, the Congress has gifted a total walkover to Modi after Gandhi Vadra's Sturm und Drang (storm and drive).

The Rai nomination came two hours before Modi's ginormous roadshow in Varanasi which was basically an all-conquering victory procession. The ignominy of the decision ensured that most Congress leaders wanted to duck the question about why Gandhi Vadra had been struck off the list. 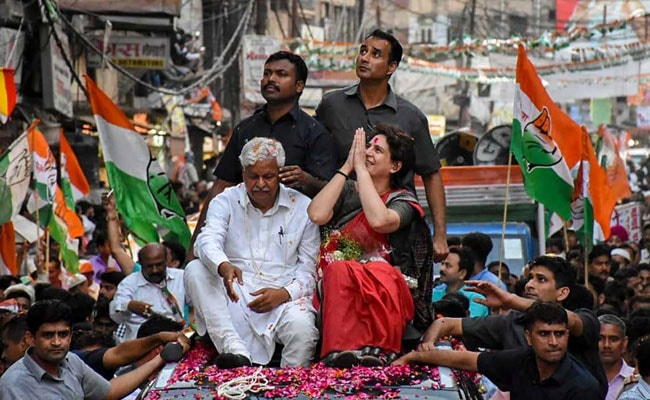 The choice was clear. She could have ensured that her political career started off with a Big Bang against the most powerful leader in India. Even a defeat would have ensured that she would no longer be seen as in-training and would have joined the league of gritty fighter "netas" while earning the stripes of an aggressive leader not shy of a tough fight. If she had brought down Modi's victory margin, she would have lived up to her descriptor of the Congress' "Brahmastra" (ultimate weapon), bestowed on her by the adoring party.

However, the weapon never left the docking area.

So what made Gandhi Vadra back out?

There are two versions told to me by Congress leaders who I spoke to for this piece. A very senior leader privy to the decision-making says she was never seriously in the race and her candidature against Modi was not discussed at the highest levels of the party. It started as a demand/rumour from enthusiastic workers and the quotes from the siblings were just to keep up the tempo and confuse the BJP. But given that the possibility of a Modi vs Priyanka battle was started by her and kept alive by "Congress insiders", and both Rahul Gandhi and she spoke on record about this, the theory makes little sense. 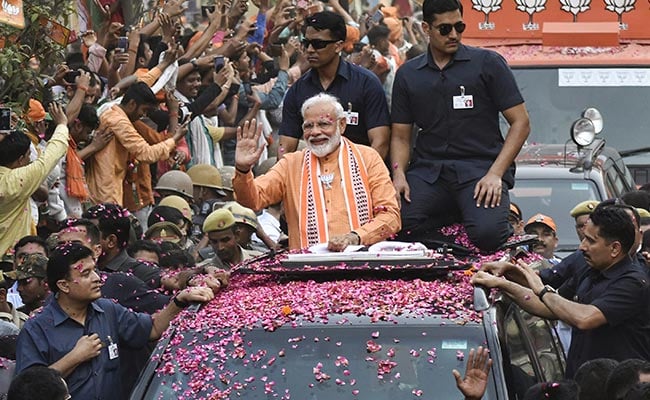 Another leader says that while Gandhi Vadra was keen to contest, Rahul and Sonia Gandhi did not want her to start her political career with a defeat. In- house surveys showed that Modi was impregnable in Varanasi and Gandhi Vadra deferred to her family's decision. In the eventuality of Rahul Gandhi winning both Amethi and Wayanad, she will contest his seat in the Amethi by-election, says a senior leader.

But are real leaders so shielded and sheltered? Wining and losing is the lot of mass leaders. Ask and the Congress has no answers.

Per the Uttar Pradesh Maha-Gathbandhan deal, Varanasi is a Samajwadi seat and Akhilesh Yadav was happy to support Gandhi Vadra as the joint opposition candidate and withdraw his own lightweight candidate.

The family veto over a failed bid for Varanasi now has leaders saying that Gandhi Vadra will campaign extensively in 18 seats where the Congress sees itself as having a real shot at winning. Considering that Modi is the BJP's main campaigner, even tying him down to Varanasi will be projected as a Priyanka victory. 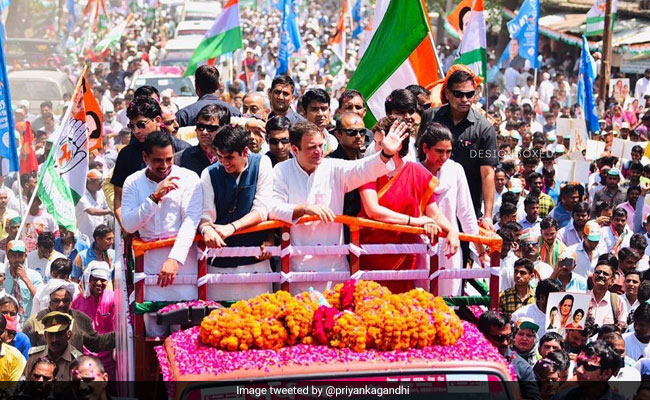 The separate spin that the Congress wants to help the Maha-Gathbandhan in UP by ensuring that Gandhi Vadra does not contest is fiction. The best way to help the alliance would have been by not contesting any seat except for the two Gandhi constituencies of Amethi and Raebareli and turning each of the others into BJP vs a united opposition.

Instead, the Congress will cut the Maha-Gathbandhan's votes. Data shows the BJP always benefits from a triple contest.

"Priyanka Gandhi Vadra quietly chickened out of the contest" blogged Arun Jaitley gleefully. Watch the BJP cash in on this Congress own-goal in the four remaining rounds of voting. Specially the final UP rounds which could well decide who wins 2019.

It has now become routine for the Congress party to settle for the worst of any situation. Latest example: dutiful daughter bowed to her family decision.

(This story has not been edited by NDTV staff and is auto-generated from a syndicated feed.)
Comments
Priyanka Gandhi VadraElections 2019Narendra Modi