Opinion: Why India Abstained At UN Vote On Russia

The clear act of war by Russia, as its forces moved beyond the rebel Ukrainian provinces of Donetsk and Luhansk and entered the capital Kiev, marks one of the biggest military invasions in Europe since World War 2 - and for India, one of the most significant diplomatic challenges in recent memory.
In a post-Cold War world and a new era of great game rivalries, its own geo-strategic and security compulsions mean Delhi has to manage an unforgiving Russia on the one hand and an expectant Washington on the other. Put together, an abstention at the UN Security Council over a US-backed resolution against Russia was perhaps inevitable, even though reading India's reasoning for abstaining might make it seem otherwise.

Images of scared, injured, fleeing Ukrainians pouring on to our television screens for the last week bring home the brutal, bloody realities of war, no matter the rationale, strategic motivation or historical justifications that surround any analysis of such aggression. Even as Prime Minister Modi spoke, without effect, to President Putin over the phone, appealing for an immediate cessation of hostilities and for diplomacy to be given a chance, the Ukrainian envoy in Delhi expressed disappointment with India's stand. It is a sentiment echoed again today as the resolution at the UN failed, expectedly and not just due to the expected Russian veto, but also three abstentions, including India's and China's. 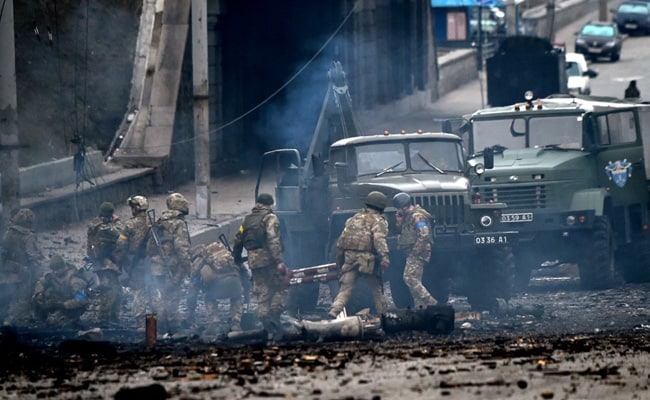 Destruction in Ukraine after Russian invasion

It is the company India finds itself in at the UNSC that lies at the heart of the diplomatic quagmire Delhi faces. Dealing first-hand with the consequences of Chinese expansionism and adventurism on its own borders, and a South Asian region suddenly vacated by America's military presence in Afghanistan, India needs both Washington and Moscow to fend off a Chinese strategic and geo-economic threat in Asia. If the India-Russia partnership is critical on land in Asia, the Quad - an alliance between America, Japan, Australia and India - is imperative when it comes to countering Chinese maritime expansionism in the Indian Ocean region. The imperative to counter China remains a cornerstone of Indian foreign policy; everything-including Delhi's position on Russian action in Ukraine- flows from that.

India's age-old relationship with Russia, which remains Delhi's biggest defence supplier, versus a strong 21st-century Indo-US partnership: no wonder we are caught between a rock and a hard place.

This is not the first time Russia has invaded Ukraine. In 2014, Vladimir Putin annexed Crimea in spite of global censure, and made it clear that his sights were set next on the two regions of Donetsk and Luhansk. A series of treaties, known as the Minsk Agreements, sought to end the fighting between Russia and Ukraine and drafted by Ukraine, Russia and the Organization for Security and Cooperation in Europe, have spectacularly failed to avert this latest act of war.

Global markets have tumbled, crude prices have skyrocketed and sanctions imposed by America and Europe on Russian banks have led to chaos and uncertainty in the world economy. In a post-pandemic world, the cost of this turbulence could well be felt long-term - any war creates is own catastrophic impact - both on global finances and individual wallets. If the Ukrainians find themselves in breadlines, it is the failure of global politics that has put them there. 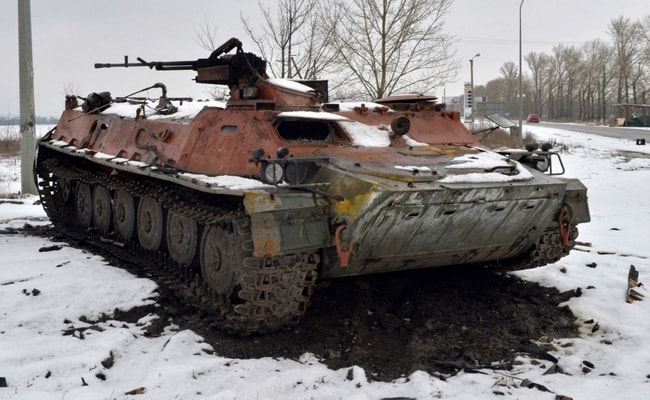 This is not the first time Russia has invaded Ukraine.

The truth is that the world community stands exposed at multiple levels. In a multipolar world where every country weighs its own strategic autonomy and strategic imperatives against the other, the idea of a global rules-based order regulated by the United Nations, is nothing more than a pipe dream. If Vladimir Putin claims Donestk and Luhansk 'belong' to Russia, he is not only trying to rally Russian nationalism but to reverse the course of history. If the West claims its intentions are to uphold liberal democracy and a rules-based order, it needs to ensure that the NATO Response Force (NRF) "on land, at sea, and in the air to further strengthen our posture and to respond quickly to any contingency" will stand deployed for more than just the short-term.

Amidst all this, India's own exposure lies in the contradiction between calling for an end to the violence and urging member states to adhere to the principles of international law, and the act of abstention on a crucial vote. By abstaining, Delhi has underscored a pragmatism that places self-interest above a global moral imperative.

(Maya Mirchandani is Head of Department, Media Studies at India's Ashoka University, and a Senior Research Fellow at the Delhi based Observer Research Foundation. Prior to this, Maya was Foreign Affairs editor at NDTV and has reported extensively on Indian diplomacy and security)