I am outraged. You should be too.

A young Dalit woman was brutally gang raped, beaten so badly that she had multiple fractures; she was left paralysed; a part of her tongue was bitten off as she was strangled, mutilated and then left bleeding in the fields near her own home in Uttar Pradesh. A spine-chilling crime in India's biggest state, where only some time ago, Chief Minister Adityanath was bragging about how he had restored law and order in his tenure.

After struggling for two weeks, the 19-year-old died in hospital. What followed was more horror - a brutal, heartless, callous and shameless police force in UP burnt the body in the dead of the night, not allowing her parents and immediate family to attend, refusing to answer the questions of reporters at the scene who captured their act of stealth. A heartbreaking video has emerged of the family literally throwing themselves on the ambulance, begging the police to let them have her body. Instead, the family was locked inside their home as the police carried on. It is another matter that Hindu rituals do not actually allow for cremations to take place after sunset, a plea also made by the family. 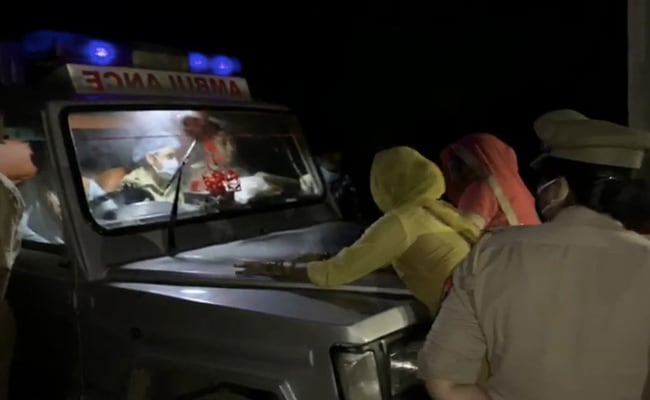 The fact that the victim was a Dalit and the accused are all upper caste men adds another important layer to this horrific story. Multiple news reports have cited how upper caste men, specifically one of the accused, was harassing the young woman and her family for months.

Would the UP police and the UP government have dared to treat an upper caste family in this way? Those who are trying to whitewash the caste angle of this crime are either covering up or living in denial about the realities of caste and crimes committed in the name of caste even today. Most of those abusing or trolling the media on the caste angle on Twitter live in privileged bubbles.

Do you all remember the more than justifiable anger and outrage on the streets of Delhi after Nirbhaya's gang rape and murder back in 2012? The opposition BJP at the time, rightly so, went after Chief Minister Sheila Dikshit and the Manmohan Singh government. Ordinary folks came out on to the streets and protested, demanding tougher laws, fast-track courts and a system that quickly and fairly responds to women who are raped or assaulted. I was there, covering those street protests, talking to mothers and their daughters who had come out in large numbers to make their anger heard.

Where is the BJP leadership today? Why the silence on this when in power? The UP police reports to Mr. Adityanath and the buck stops with him. No, it is not enough to say the Prime Minister called up the UP Chief Minister and told him to ensure that the accused face the full force of the law. Who is actually being held accountable for this? In a civilised democracy, the Chief Minister would have offered to resign. But they don't care. They will wait for the outrage to die down, for the news cycle to move on until Deepika Padukone's next WhatsApp chat is leaked.

The ruling leadership's silence on this story has been glaring. Smriti Irani, Women and Child Development Minister and an MP from UP, who is vocal on many issues, has been unable to come out forcefully and demand justice for the family. The Prime Minster has so far been unable to even tweet on the incident. For a government that made "beti bachao" a big slogan, it has reduced our betis to just that. Mere slogans. 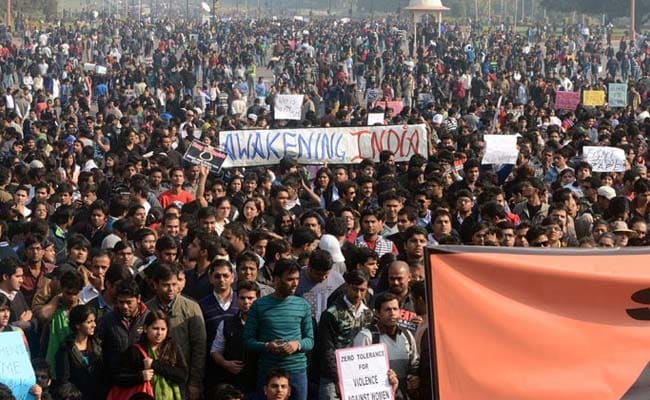 Since Nirbhaya's rape and murder and the new laws passed by parliament subsequently, data shows there has been no decline, but in fact, an increase in crimes against women. Just this week, government data published by the National Crime Records Bureau shows that crimes against women in 2019 rose 7% over the previous year. According to a report on ndtv.com, the crime rate registered per lakh women population is 62.4 per cent in 2019, up from the 58.8 per cent figure of 2018. The long-delayed trial of Nirbhaya's killers and their eventual execution didn't act as a deterrent. The fact is, our entire system is broken. From the police to the judiciary. There is no fear of punishment.

Finally, there is the media. With some exceptions, most mainstream news outlets didn't even pick up the Hathras story until yesterday. Women may be raped and killed; the economy may be in dire trouble; COVID may kill many more people; China may be occupying parts of our territory, but some news channels will go after Bollywood and its alleged drug problem night after night. If this same horrific assault had happened to a woman in a big city, I'm pretty sure the news coverage would have been different. There are no candle-lit marches this time, no howls of protest from the middle class that was aghast back in 2012. We are all broken.