What Rahul Gandhi And Opposition Got Wrong In Campaign vs Modi

The Modi Magic has worked again. The message of the 350-seat victory in the 17th Lok Sabha election, where the Congress has been reduced to just 52 and its chief, Rahul Gandhi, has been defeated in the family turf of Amethi, is loud and clear: the "Stop Modi Brigade" has poor approval ratings in the country. Modi has wowed the nation more in 2019 than in 2014. His programmes and policies may not be liked by the well-entrenched political elite of the country but Modi's politics have eclipsed the dynasts, "break India" gang and the Communists of the country.

The Congress has been practically reduced to four states. The much-celebrated Mahagathbandhan has been reduced to smithereens. The BJP has reached a larger vote-share and numbers due to all the non-traditional areas like the South, East and Northeast and has emerged as the party of power like the Congress of the 60s. 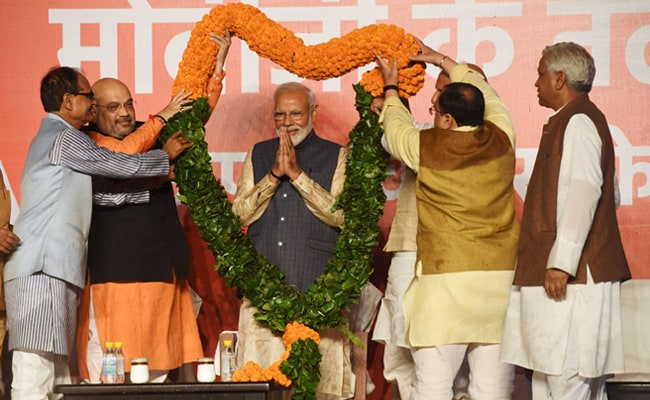 Prime Minister Narendra Modi has won an outsized mandate for a second term in office, with his BJP scoring an absolute majority

The Modi Wave has ensured that the BJP has won the majority of SC, ST, Minority, rural and most backward-dominated constituencies in the country. Many stalwarts of the Congress like Jyotiraditya Scindia, Digvijaya Singh, Ashok Chavan, Milind Deora, Sushilkumar Shinde have fallen by the wayside. The TDP, SP, BSP and even the TMC, the most critical of Modi, have suffered big setbacks, while parties considered closer to Modi like the BJD, TRS and YSRCP in Andhra have reaped rich rewards. This is a historic defining moment for Indian polity. The voter has given a massive thumbs up to Modi and his policies. This has diminished the Congress party and the other opposition parties to mere marginal players.

By winning so convincingly and retaining the previous 100% strike rate in Rajasthan, Gujarat and other Hindi states, Modi has proved beyond doubt that his role as a creative disruptor of Indian politics has the massive mandate of the people of the country. Modi has won more seats, vote share and geographical canvas than in 2014, and this should convince critics that his initiatives like demonetization, GST and Pakistan policy have been politically correct. 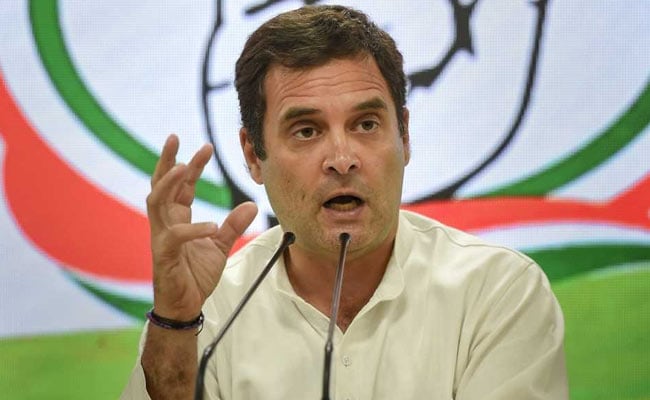 There were a number of reasons for Modi getting his second term. That we will discuss later. But the most important fact in this poll before the electorate was the shabby manner in which the Opposition conducted itself since March 2019. Everywhere, the voter asked one question: "Who else but Modi?" The people were not convinced by the Opposition claim that they will first block Modi and then choose a leader after the poll. To stop Modi, could they ensure that there was only one Opposition candidate against the NDA in every constituency?

Rahul Gandhi was the first to moot the idea of a grand alliance against the NDA. The idea was sold to him by disgruntled leaders like Yashwant Sinha and Arun Shourie, who have nursed some vicious hatred for Modi ever since he became Prime Minister. It was at their tutoring that Rahul began accusing the PM of corrupting the Rafale deal without even a shred of evidence. Rahul's constant refrain of "chowkidar chor hai" damaged his own credibility more than hurting the Prime Minister's. Even on the last day of campaign on May 17, Rahul complained that the PM did not answer him on his questions on Rafale. As Chief Minister of Gujarat for 12 years and as Prime Minister since 2014, Modi has built a teflon reputation for honesty. And Rahul's obsession with tarnishing Modi's image backfired. No dynast arrayed against the PM has a clean image and all are facing charges of disproportionate assets without known sources of income. 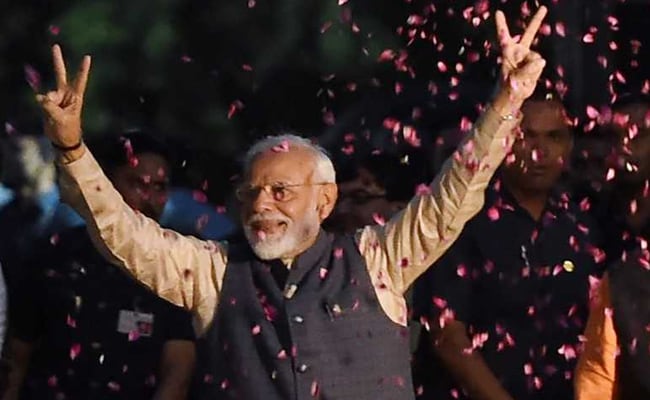 The BJP swept Karnataka, Rajasthan and Madhya Pradesh, the states that the Congress won in the assembly elections last December

The Opposition strategy was flawed from the beginning. They had no common agenda, no action plan and the Congress manifesto was a charter for giving a free run to the "Break India brigade". In an election where after Balakot air strike and national security became a major plank, this was an undoing.

The Congress scored many self-goals by Rahul running from Wayanad, Priyanka Vadra repeatedly talking about contesting from Varanasi and opting out later and failing to enter into seat adjustments with other parties like the TMC, AAP, BSP and SP. Even its talks with the CPM in Bengal got stuck after much noise was made about them. This spoiled the Congress Mahagathbandhan plan. Rahul failed to make other leaders gravitate toward him.

At no point in the seven-phase election was the Congress able to set the agenda. Its entire program seemed to consist of abusing Narendra Modi with all sorts of epithets which at one point the BJP collated and brought before the voter. This hugely embarrassed the Congress. The Congress' repeated attacks on the Election Commission, EVMs and the Supreme Court also did not go down well with the public. The Congress campaign strategy looked confused and disoriented. 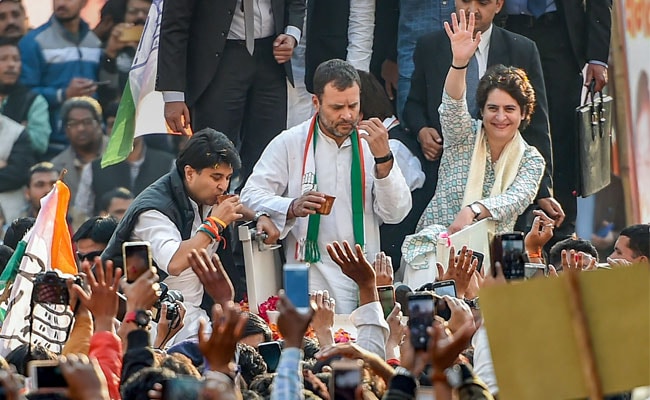 In contrast, the BJP looked confident and well-prepared. The party's campaign material committee headed by senior BJP leader Sushma Swaraj had produced a variety of literature and propaganda material including very attractive audio-visual songs highlighting the achievements of the Modi government. The material included literature like "think before you vote", "55 years of Congress versus five years of Modi", "impossible made possible because of Modi", and "achievements of the government to make life better for every segment of the society like poor, working class, youth, women, farmer, armymen, divyang, elders" and achievements in the field of industry, infrastructure, finance, SMEs, economy, etc. These were prepared in all languages and distributed upto the booth level.

The Prime Minister gave a number of interviews where he listed the achievements and answered all critical queries about his policies and politics. Thus he was able to dominate the poll debate. The Opposition by entirely focusing on Modi made the campaign Modi-centric and presidential.

Modi was the sole factor in the entire campaign. He was the Mega Messiah who steered the 2019 poll and the plank of decisive leadership, stable government and a booming economy. India's status as an economic power fascinated the Indian voter. Modi has emerged as India's answer to the challenges of the 21st century.