Sam Pitroda said it was Priyanka Gandhi Vadra who decided not to contest in Varanasi, a constituency PM Modi won by a massive margin in 2014. 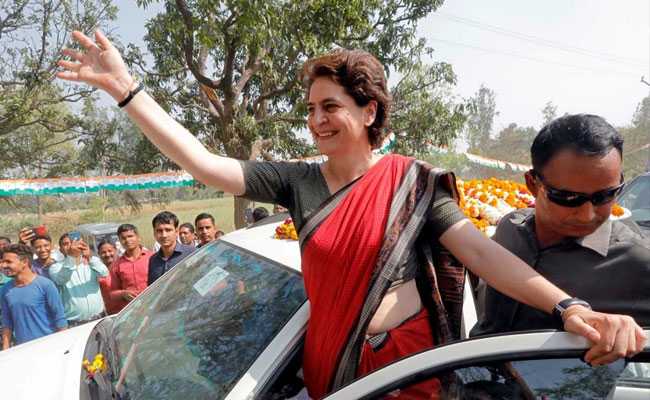 After over a month of speculation that Congress stalwart Priyanka Gandhi Vadra may take on Prime Minister Narendra Modi in Varanasi, the party fielded Ajay Rai from the constituency on Thursday. A day later, senior Congress leader Sam Pitroda revealed the reason that prevented what would have been the most high profile contest in the on-going national election.

Mr Pitroda said it was Priyanka Gandhi Vadra who decided not to contest in Varanasi, a constituency PM Modi won by a massive margin in 2014. "The party president had left the final decision on her," Mr Pitroda was quoted by news agency PTI as saying.

Priyanka Gandhi Vadra had joined politics in February, after the Samajwadi Party and the Bahujan Samaj Party had chosen to omit the Congress from their alliance in Uttar Pradesh. Congress President Rahul Gandhi made her the incharge for Eastern Uttar Pradesh, while entrusting Western Uttar Pradesh with Jyotiraditya Scindia. Their responsibility wouldn't end with a good show in Lok Sabha poll, Mr Gandhi had said, adding they were tasked with reviving the party in the state that sends the most number of lawmakers to parliament.

"She decided that she has several responsibilities. She decided that rather than concentrating on one seat, she should focus on the job she has at hand," Mr Pitroda, who heads the Indian Overseas Congress, said.

"So that decision was finally hers and she decided it," he added.

The speculation of her contesting in Varanasi was triggered by her recent comment. Priyanka Gandhi, while meeting Congress workers in Rae Bareli, had said her mother was tense as she could not come to meet them herself, to which some workers asked her to contest from Rae Bareli instead.

"Why not Varanasi?" she had asked, smiling, reported news agency IANS.

"I am deeply disappointed with the Congress Party's decision of not fielding Priyanka Gandhi from Varanasi," Mr Jaitley wrote in a blog titled "Refuge in Wayanad and a Refuge Away From Varanasi - The Story of a Family Dynasty.

Varanasi will go to polls on May 19, the last round of the seven phase national election.