Rahul Gandhi Redux is on the anvil for the Congress party. Demands from competing from sections, all apparently carefully coordinated, have peaked, nearly badgering Congress President Sonia Gandhi to step down for her son. Again.

The return of Rahul Gandhi as the (official) leader of his party is neither a new prospect nor an imaginative one. Leaders who hoped for real change when he quit last year, taking responsibility for the party's second consecutive and massive defeat in the general election, say he never really went away - Sonia Gandhi, the longest-serving Congress president has been serving as interim chief "guided by RG in her decisions". 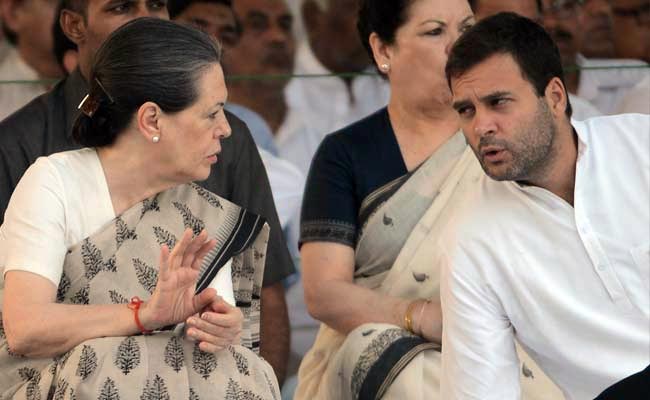 Sonia Gandhi, the longest-serving Congress president, has been serving as interim chief since July last year after Rahul Gandhi resigned from the post

Within the Congress, demands are publicly made when the leader involved has privately acceded to the decision. "Can you imagine the public clamour to replace the current president if Mrs Gandhi did not want it as fervently as she does?" Asked a member of Team Sonia or the Old Guard as they are referred to.

RG, as he is referred to, turned 50 earlier this month. And, has certainly become even more aggressive in taking on the second-term Modi government. After dawdling over joining social media, RG is reportedly obsessed with it and has used it to condemn the Prime Minister's approach to get coronavirus pandemic and the Galwan Valley face-off with China.

On Sunday, RG tweeted this about the border hostilities with China:

The moniker "Surender Modi", insinuating that the PM has allowed Beijing to appropriate some contested stretches, infuriated the BJP and its loyal press corps of tame Panna Pramukhs tying themselves up in knots. If that is all RG wants - baiting the leading party on Twitter - he has got job satisfaction. However, can sophomoric jibes replace on-the-ground protests? Like his earlier "Suit Boot Ki Sarkar" campaign against the PM, the aggression remains limited to Twitter with no attempt to have it resonate among voters.

On Tuesday, at the meeting of the party's most senior leaders or its Working Committee, RG, supported by sister Priyanka Gandhi Vadra, and watched by his silent mother, attacked his party again. The Old Guard was taken by surprise at the family team-up as RG insisted that Modi needed to be personally targeted for the government's missteps. On cue, Priyanka Gandhi Vadra repeated her charge that senior leaders had let down RG by not embracing and repeating his slogans against the PM. This was a repeat performance of her actions last year when she said the party had failed to effectively amplify RG's call of "chowkidar chor hai" (the watchman is a thief) during the general election. 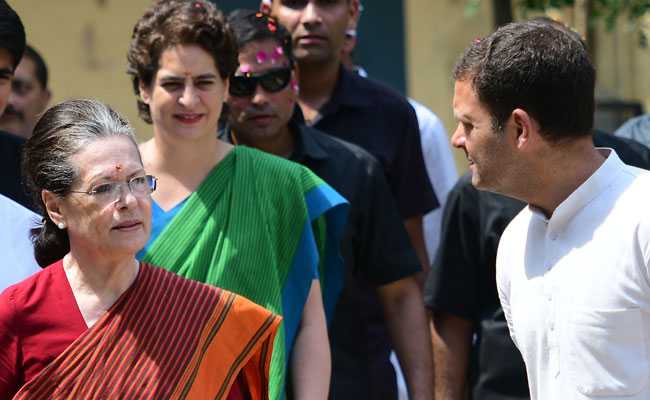 The family ambush left leaders scrambling. The only placatory move: demand the return of RG. So you had Ashok Gehlot, Chief Minister of Rajasthan asking for his return. Not to be left behind, Deputy Chief Minister Sachin Pilot made a similar statement.

RG is convinced that the BJP, with its frenzied attacks on him, has kept him relevant in politics. And he refuses to reconsider the only consistent factor in his politics - an absolute and stubborn opposition to all aspects of Modi's leadership. This, even as opposition leaders like Arvind Kejriwal have changed course, after discovering that personal and repeated attacks on the PM only work to his advantage with voters, not least because of his huge personal credibility among them.

RG has been doing a series of interviews to dissect the PM's policies with domain experts like former RBI Governor Raghuram Rajan, industrialist Rajiv Bajaj, and Nicholas Burns, former USA diplomat, on how to tackle the economy and more in a world so significantly altered by coronavirus. He also debuted his own channel on Telegram yesterday in order to share his views. By Gandhi's own lackadaisical standards, this is hyper-engagement and strategic in paving the way for his return. 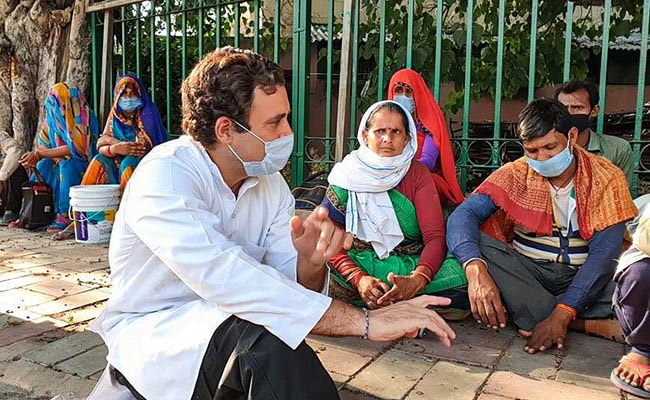 When that happens, what will change in the Congress which just lost its government in Madhya Pradesh with the defection of close Gandhi aide and senior leader Jyotiraditya Scindia? Nothing much, cede leaders. Even Team Sonia, which is wary of RG's "experiments" and aggression, is ready to play ball. None among them believe that the government should not be slammed for how it has handled border matters with the Chinese. But they feel it is the policies and actions that should draw their critics and not the PM himself.

Modi's predecessor Dr Manmohan Singh added some serious heft and gravitas to the Congress attack when he asked Modi to be careful in using his words, accusing him of giving China the edge through a poorly-worded statement. Sonia Gandhi had taken on the PM at his all-party meeting on China about a week ago, and was far more pointed in questioning him than the Left or West Bengal Chief Minister Mamata Banerjee.

Team Rahul says that his political instinct has been proven by his early warning that the pandemic was not being treated seriously enough by the government. They say that he will focus on holding the government to account for China's incursions and the pulverised economy. The BJP has moved to offensive position, attacking the Gandhi family for taking donations from the Chinese government for the Rajiv Gandhi Foundation (RGF). For RG to count outside his party, he will need to do more than tweet or host his own version of an interview show.

For One Of India's Most Brazen “Honour Killings”, Justice Denied