"In short, we are trying to lay the foundations of a new India, self-reliant and strong, so that we need not be dependent on anyone for new skills and know-how." These are the words of an Indian Prime Minister speaking in Hindi to his people, laying out a vision for the future. It may sound like Shri Modi's speech from last night but this is in fact a quote from Jawaharlal Nehru as he addressed a campaign rally in Gurgaon during the 1957 election. Spending the last couple of years extensively researching Nehru for the novel I am currently writing has its unexpected benefits. A self-reliant and self-sustained economy were, of course, core tenets of the Nehruvian era. Pandit Nehru was very vocal about going local throughout his tenure as Prime Minister. Hearing Shri Modi spend the first 20 minutes of his speech yesterday sounding like the man whom he considers his ideological counterpoint was truly one to remember. The ultimate anti-Nehru politician gave a Nehruvian-themed peroration. Covid-19 has truly turned the world upside down.

Like any shrewd leader, the Prime Minister knows not to waste a crisis. So last night, he rolled out reforms in their umpteenth avatar, without revealing any detail whatsoever. After Make in India, Stand-up India, Skilled India, Start-up India, and no doubt a few others that are beyond my powers of recall, we now have the classic Self-Reliant India. It may sound Nehruvian but it is definitely capitalist in its objectives as we have already seen in the last week as major BJP-ruled states basically annulled labour laws in one fell swoop. The ominous mention of land reform in the PM's speech can only mean we are likely to see another attempt to bulldoze through a new land acquisition act.

And then Shri Modi unveiled his Rs 20 lakh crore economic relief-cum-stimulus package. Again. no real details, other than an assurance that the Finance Minister would fill in the blanks in the days to come. He did mention the Rs 20 lakh crore number included money already spent in the government's earlier half-hearted relief package as well as, curiously, the RBI's massive liquidity injection. Combining fiscal and monetary measures under one rubric is something new for a global leader of a major economy to lay claim to, and the first clue that the 20 lakh crore figure is unlikely to survive closer scrutiny. Without getting into the nitty-gritty of it, experts are estimating somewhere between 40 to 50% of the Rs 20 lakh crore has already been spent, the RBI responsible for most of it. 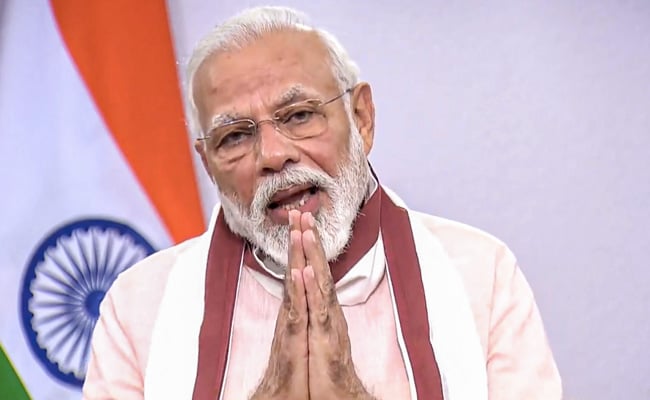 That leaves around about Rs 10 lakh crore, or 5% of the GDP, still a staggering sum, but how much of that will form actual cash delivered to the pockets of the millions of Indians who have lost their livelihoods and urgently need aid, as well as MSMEs who are struggling to keep float, only time will tell. GST dues pending for months that may be finally released and budgeted items showcased as relief are not going to cut it this time.

And what of the state governments that are on the frontlines of this pandemic bearing the brunt of the disease and the costs accrued - do they finally get fiscal support from the centre? Your guess is as good as mine because the PM did not mention one word about it. Nor was there mention of the thousands of migrants who have been living a sort of no-man's-land existence for weeks and can now be found on highways across the land on a long, dangerous trek back to their villages after being abandoned by the centre and state governments. Empathy is vital for a leader in a time of crisis like this but Shri Modi seems to be missing that facet of leadership.

Prime Minister Modi should be given credit for at least finally acting when his government appeared to be paralyzed for weeks about what to do to help India's most needy, even as country after country announced major economic relief measures. The Chief Economic Adviser was talking about 'no free lunches' as recently as a couple of days ago when asked about the prospects of a stimulus. The lack of detail in the PM's speech makes it apparent the announcement was put together at the last minute and the Finance Ministry will now have to work overtime to give it its final shape. The trouble is that there seems to be a complete lack of institutional memory anywhere in the Modi Government, whether it be the cabinet, the PMO, and especially the Finance Ministry. Anybody with any experience of handling past economic crises like the 2008 meltdown seems to have been retired, fired or shunted aside. The wages of vindictiveness are that in a time of crisis, when you require competence, you look around at your hand-picked loyalists and it is nowhere to be found.

Meanwhile, the root cause of the entire economic mess, the Coronavirus, continues its spread across the country unabated despite the most stringent lockdown in the world in place or faced with the summer heat. It's here to stay till a vaccine is discovered and put into mass production. As I've written before, this is a time for strong leadership to rise to the top. Men and women who will be straight-forward about the facts on the ground with the people will provide comfort in trying times, and will also provide reassurance through competence and personal example.

I began with Pandit Nehru so it is only fitting that I end with Sardar Patel. Our current predicament reminds me of the plague of 1917 that struck Ahmedabad. Sardar Patel had just been elected Chairman of the Sanitation Committee. He did not take refuge in his house but stepped forward and did his duty to the fullest. He could be seen every day walking the empty streets with his volunteers, visiting the wards affected and doing what needed to be done to fight the epidemic without any thought of personal comfort or safety. And that is where his legend began. Building statues of the Sardar is easy, but following in his footsteps when it really counts is the true measure of a leader.