Outrage Over Palghar Sadhus’ Deaths, None For Those Killed In UP

In the past one month, in quick succession, India witnessed two heinous incidents of crime and at the receiving end in both cases were Hindu priests. Yesterday, Bulandshahr, Uttar Pradesh, reported the murder of two sadhus at a temple. This incident drew parallels to the horrific lynching of three people, two of them priests, at Palghar in Maharashtra a few weeks ago. Both these were law and order-related issues and were dealt with both the states in that manner; however, the politicisation and communalisation of the Palghar incident as well as the level of outrage over it seemed like a well-synchronised campaign.

Late at night on April 16, a mob at Palghar, a 3-hour drive from Mumbai, lynched three people to death; within hours, more than 110 people were arrested among whom were nine juveniles. Some of the accused ran away in the jungles and the police created teams to ensure those behind the criminal act of lynching were not spared. The newspapers reported the incident the way it should be reported - as that of a law and order issue. However on April 20, four days after the incident, a video of the purported crime went viral - on social media platforms, television channels and WhatsApp forwards. It led to factless, hate-inducing debates on air, fake news and concocted stories saying that those behind the lynching were from a particular community. Any sensible person would be able to see the well-synchronised campaign targeting the government - social media with hateful hashtags, spreading venom through Facebook pages, using WhatsApp to target a community and generate more hate. The shamelessness behind such divisive agenda is taking the nation towards hate becoming part of our daily discourse.

What is most saddening is that at a time when the Prime Minister himself has asked to unitedly fight the Coronavirus, leaving political differences aside, his supporters continue to defy his words and politicise the crime. The Chief Minister addressed the state and reassured the people that none of the guilty would be spared; he explained the sequence of events, the arrest of those behind the gruesome act of lynching, the suspension of two cops; he handed over the investigation to CID. The Chief Minister warned strictest action against all those spreading fake stories and requested the Union Home Minister to also do the same. The Chief Minister also said that his counterpart from Uttar Pradesh, Yogi Adityanath, had called for strict action against the perpetrators. The State Home Minister had to release the list of those who were accused in the crime to end the entire communal conspiracy agenda. The Maharashtra state government, while battling the Covid Virus, has also been fighting the Hate Virus.

The incident that came to light yesterday from Bulandshahr, Uttar Pradesh, was equally tragic in proportion, but the level of outrage was muted; here again, any sensible person can tell you why and explain the reasons behind the disproportionate outrage between Maharashtra and Uttar Pradesh. There were no television debates, no twitter hashtags, no call from the Union Home Minister, no opinions from TV anchors, no concern expressed from Union Ministers for the death of two sadhus of Uttar Pradesh. 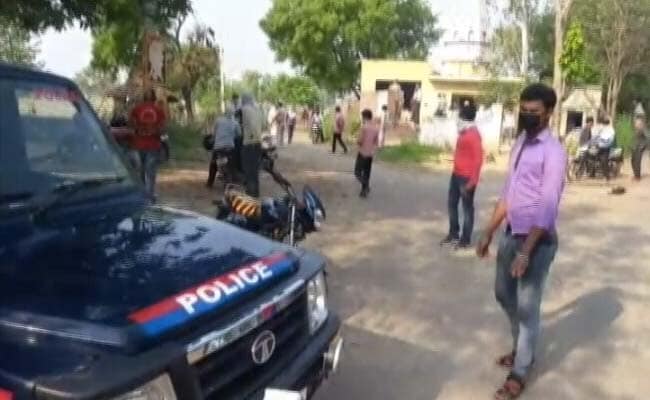 This has to be reiterated - it was a law and order issue in both the states, was dealt equally strictly by both the Chief Ministers, and that is the only prism through which both these incidents should be viewed. The fear of law has to be above religion, caste and creed; so should be its implementation. What has become an unfortunate reality of our times is that every single incident is seen through the religion angle as it's easiest to generate anger towards a government you dislike or do not agree with politically; it is being used as an instrument to destabilise governments with some sections of the media playing an active role in aiding it.

These two incidents and the disproportionate outrage should yet again show us a mirror to what we have become as a society - our outrage depends on the basis of political party in power. Our duty as citizens in the times of uncertainty such as now is to keep humanity above all else and fight the COVID battle together, rather than creating more hate. We all need to understand politics is transitory and so is political power, but what will matter always is what we become as a society and the values we add to humanity.

Let's keep the political battles on hold and fight the all-important battle of our lives: Covid-19.