Opinion: 3 'Exit Interviews' For Yediyurappa Got Him What He Wanted

At age 78, BS Yediyurappa, has managed, after all, to best the political combination that's often described as India's most-astute - that of the PM and Amit Shah. For the past month or so, Yediyurappa read the room correctly - that the BJP would not live with him remaining Chief Minister for the rest of his term. So he invoked the sort of hardscrabble moves that his career has been studded with to ensure that whoever replaced him was his man: B Bommai, a fellow Lingayat. 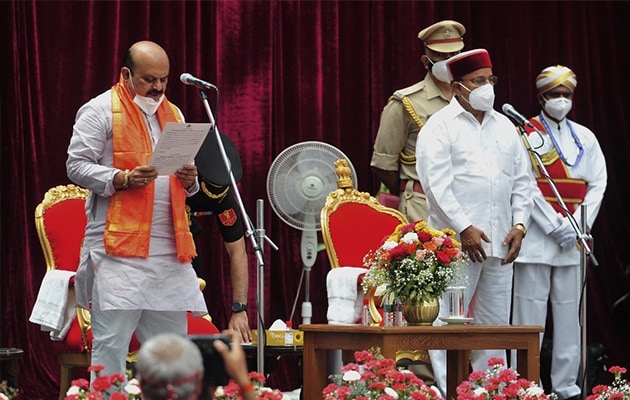 The BSY "exit plan" was set in motion four months ago. I spoke to several players who were part of mixing it up in Bengaluru and at the BJP headquarters in Delhi. The biggest point they all make on the BSY BTS: the theory that BSY's political capital, both in the state and as a result in the party, stands diminished is premature and exaggerated.

Perhaps the 'Vaastu' that he applied to his name, altering its spelling when he took over as Chief Minister in July, 2019 delivered the goods. Because for a man who drove deep dissent in the usually-disciplined BJP has managed, despite all the opposition to him, to take the seat of backseat driver. This is partly because of the sheer force of the Lingayats in Karnataka - 20% of the population, and a powerful and rich lobby. Last week, even as it became clear that BSY would not hold onto office, Lingayat seers or priests offered strong commentary in his favour. The BJP's need to play it safe with BSY is also based on experience -in 2012,he quit the party to form his own outfit. He won six seats in the assembly election of 2013 and cornered 10% of the vote share. The BJP was defeated and the Karnataka government was formed by a partnership between the Congress and HD Kumaraswamy's regional JDS. The government fell in 2019; and the same year, BSY returned as Chief Minister. It was his fourth term as head of Karnataka - he has never completed any of his terms. In 2019, with BSY back in the BJP, the party won 26 of the state's 28 parliamentary seats. 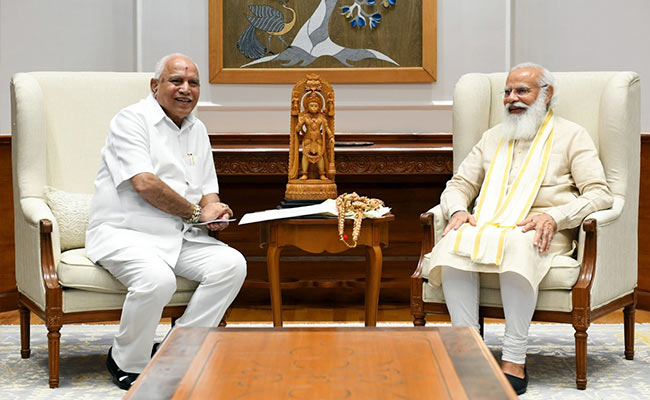 BSY has always made it clear that he cannot be tossed around. He was forced to resign on charges of near-endemic corruption in 2011. The same sort of chatter eclipsed this term - many from within his own party made the loudest noises - of family deals that were sketchy, of his sons running the government. BSY did not blink - which made the central BJP nervous and the RSS, which demands absolute compliance with its diktats, more than a little uncomfortable. After agreeing to step down after three "exit interviews" with the PM, Amit Shah and BJP chief JP Nadda, BSY managed a sizeable golden handshake. 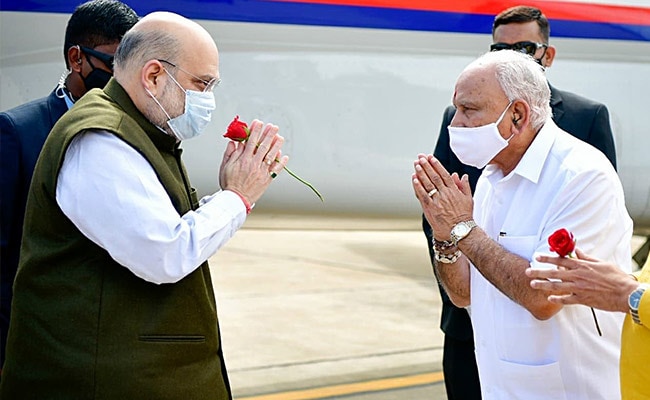 BSY's central demand was that his two sons BY Vijayendra (termed "super CM" by detractors) and BY Raghavendra be given big roles. To secure their claims in the BJP, where Venkaiah Naidu once memorably said "dynasty is nasty", BSY was adamant that his erstwhile deputy Basavaraj Bommai be made the new leader ahead of the next election scheduled for 2023. In 2008, Bommai joined the BJP from the Janata Dal (United) thanks to BSY. His early loyalty to BSY was a key credential; so was the fact that he is also an heirloom politician (Bommai's father, S R Bommai, served as Karnataka Chief Minister in the 1980s). BSY had faced serial attacks on his growing a mini-dynasty of his own in Karnataka - Bommai is his rebuttal. BSY had also directly requested Modi that his close political confidante Shobha Karandlaje be placed in the union cabinet, which was met positively last month. All this fits with the track record of BSY as a crafty politician cut in the Sharad Pawar mould, though unlike the latter, he is given to emotional outbursts (he broke down on Monday while publicly discussing his resignation.) 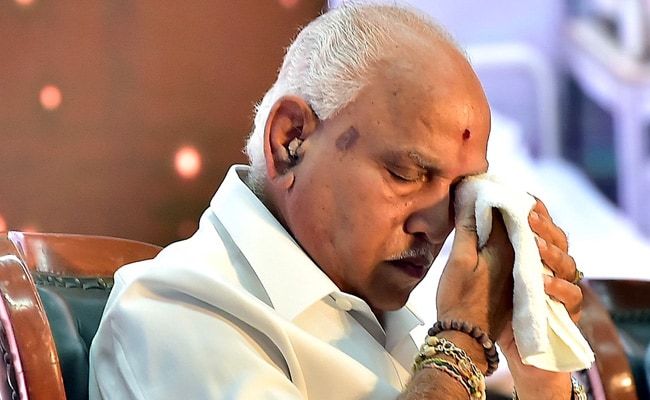 Pehaps the sweetest revenge of all for BSY is that he has reportedly made it clear that as the BJP gets ready for elections in his home state, he will not countenance his main rival, BL Santosh, in the candidates' zone. This was, according to sources, clearly conveyed to JP Nadda. Santosh, who is from the RSS and currently serves as an immensely powerful General Secretary (Organization) for the BJP, has been aspiring to far greater control in Karnataka. BSY dismisses him privately as a man without a political base. Santosh is a Brahmin and lacks popular support but has been serially interfering in Karnataka affairs including the allocation of Rajya Sabha seats. 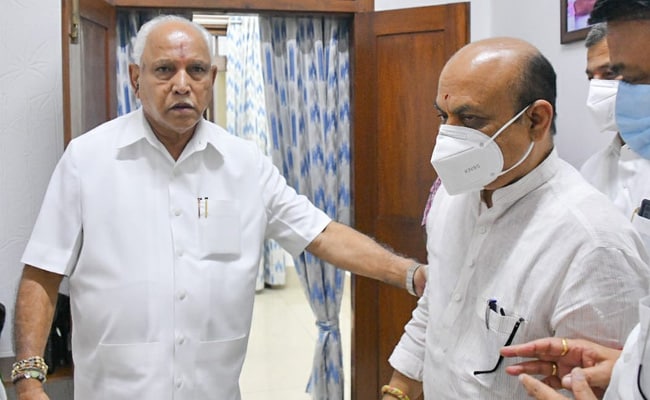 BSY has effected big changes. The Sangh, particularly the RSS, is a realpolitik player now. "Purity tests" and the Sangh ideology matter less than a leader's clout. Prime examples: Congress-departed Himanta Biswa Sarma as the Chief Minister of Assam; Jyotiraditya Scindia who quit the Congress and brought down the Madhya Pradesh government in March 2020 has made it to the cabinet; and Bommai, who has no ideological moorings in the Sangh, now has charge of the BJP's only government in the South. "The current team of Mohan Bhagwat-ji, including the executive chief Dattatreya Hosabale, is completely aligned with Modi's BJP. You saw that in the Bhagwat defence of the government's handling of the second wave of the pandemic. After tasting real power for the past seven years, the Sangh is now pragmatic, not insisting on ideological rigidity. Bhagwat-ji says that the Sangh cannot be rigid as the BJP is now the prime pole of Indian politics which will attract leaders from other parties," a senior RSS functionary told me.

This episode ends with BSY being benched - and yet establishing he's still very much in the game.

Opinion: Vodafone's $30 Billion Debt In India Leaves It Close To Cutting Out