The dominant images from Result Day for Gujarat and Himachal Pradesh, and of the Delhi MCD election, were of BJP workers celebrating by distributing laddoos. The BJP scored a massive win in Gujarat. In the Delhi MCD polls, the saffron party put in an unexpectedly strong performance, but was ultimately defeated by the feisty Aam Aadmi Party by a narrow margin.

The BJP's victory in Gujarat is remarkable. The fact that after six terms in office, it was able to get an astonishing vote share of over 50% reveals its bludgeoning dominance in Prime Minister Narendra Modi's home state. 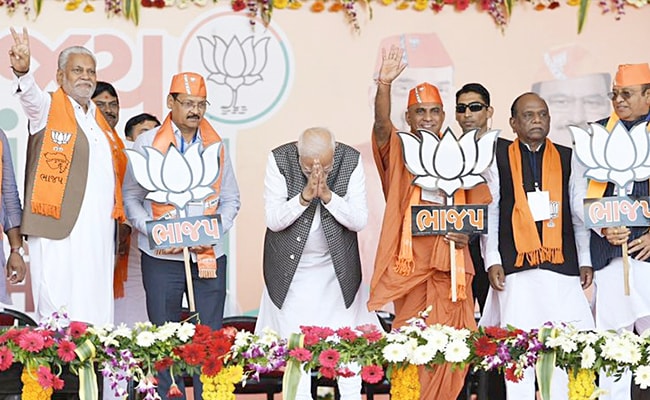 The chemistry of Modi's emotional connect with the Gujarati voter, combined with the split in the Opposition vote between the Congress and Aam Aadmi Party, proved to be overwhelming. 'Moditva' rules in Gujarat. The combination of Hindutva, development promises, service delivery and strong regional identity have coalesced in the Modi cult to create visceral loyalty to the PM's persona. Posters and banners of Modi dominated the Gujarat skyline this time. The chant "Modi Modi" was heard at every BJP rally.

This time, the BJP has not only consolidated its hold over central Gujarat, but also won in Saurashtra and South Gujarat, vanquishing AAP challengers in Surat. Two AAP heavyweights who had been expected to win, AAP state president Gopal Italia in Katargam, and Patidar leader Alpesh Kathiriya in Varachha Road have both lost. AAP chief ministerial face Isudan Gadhvi has also lost. 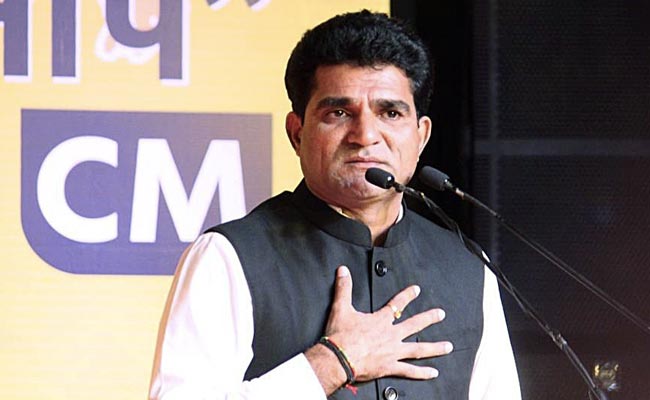 The BJP's Gujarat achievement is one that is rarely seen in democratic politics. The only comparable record is that of the Left Front in Bengal which in 2006 also won a three-fourths majority in its seventh successive election. The success of the BJP in Gujarat lies in the combination of the Modi personality cult, a formidable party machine and a hunger to fight zealously for every seat.

The Congress has been decimated in Gujarat. It has fallen to its lowest-ever tally of a shocking 17 seats. After coming close to unseating the BJP in 2017, the Congress was mysteriously missing in action this time, invisible on the ground. Individual Congress leaders operate in their own pockets of influence - such as Arjun Modhwadia in Porbandar (who has won his seat) and Anantkumar Patel in Vansda (who has also won). But the party is unable to mount a united effort or rally behind a pan-Gujarat leader. The Congress's so-called "silent," localised door-to-door campaign has resulted in a near evaporation of the party. Only a few like the victorious Jignesh Mevani in Vadgam have shown the appetite for a fight. Tellingly, Mevani had to crowdsource funds for his campaign. 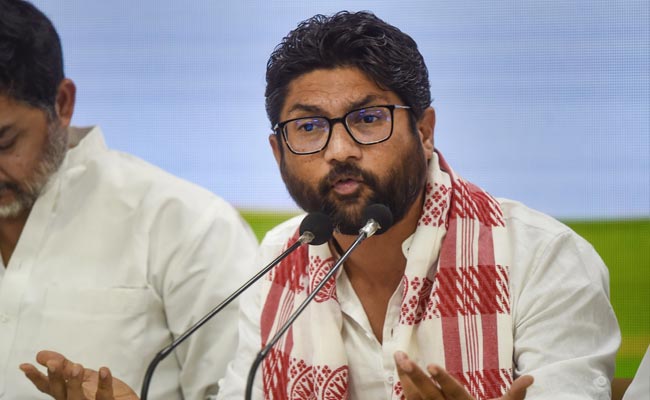 But it would be a miscalculation to see the results of these winter elections only through the lens of Gujarat. The fact is that just 24 hours before the BJP's Gujarat success, the Aam Aadmi Party was able to defeat the BJP in the MCD elections inspite of huge odds. The MCD elections were delayed from March to December, municipal ward boundaries were changed, several AAP leaders have been charged with corruption, and some have been thrown in jail. Several union ministers and the PM campaigned for the BJP. But AAP was still able to prevail, in what must be considered a big victory for the decade-old newbie.

Even more significant than the Delhi MCD results is the outcome in Himachal Pradesh. After four years, the Congress has defeated the BJP in a direct fight. The last time the Congress was able to pull this off was in 2018 when it won in Madhya Pradesh, Rajasthan and Chhattisgarh. Since then, whether in Goa or Uttarakhand or Uttar Pradesh, the Congress has been repeatedly beaten by the BJP. Himachal Pradesh marks an important break from this pattern. 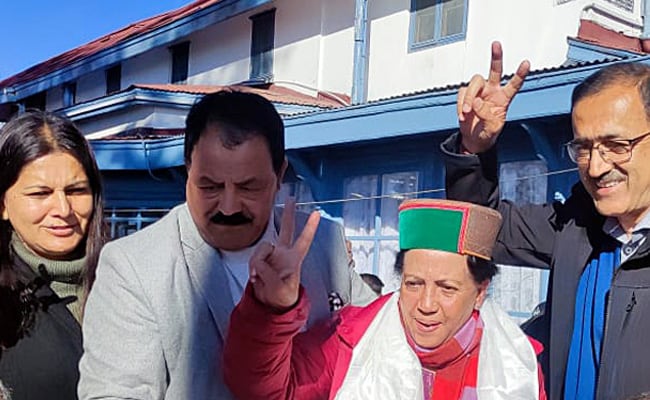 Analysts will point to the Congress-BJP alternating pattern in Himachal Pradesh, seen since 1985 to explain the results. Yet the Himachal Pradesh result also shows that in some situations, the Modi factor is not enough and the "Modi model" of winning elections has its limits. The PM campaigned extensively in the hill state, even going so far as to tell voters that there was no need to remember the local candidate, and that a vote for the lotus would be a vote for Modi. The pitch did not work.

Local grievances such as government employees' worries about the pension scheme, the woes of apple growers, as well as the infighting and rebellion in the BJP ranks took a toll on the BJP. The side-lining of BJP stalwart leader former Chief Minister PK Dhumal by the JP Nadda faction led to serious rebellion. Congress ran a hyper-local campaign, fronted by state leaders, successfully mopping up the discontent. Rahul Gandhi did not go to Himachal even once, although Priyanka Gandhi Vadra did hold several rallies. The Congress victory in Himachal Pradesh reveals that anti-incumbency still exists and anti-incumbency sentiments can unseat an unpopular BJP government. 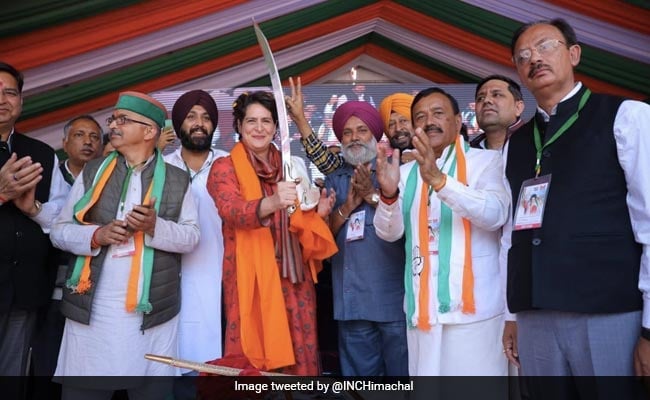 The winter election of 2022 in a sense puts all three parties - BJP, Congress and AAP - on notice. All can draw lessons from these results. As far as the BJP is concerned, the lesson is that the "double engine government" model does not work in every state, and there are limits to the Modi personality cult. Yes, in Gujarat, Modi is larger than life but let's remember anti-incumbency in the state was offset by the wholesale sacking of the entire state government in 2021; as many as 44 sitting MLAs were ruthlessly dropped. Of course, in Himachal, Modi was not on the ticket, while in Gujarat he was.

But at the same time in Himachal, a lightweight Chief Minister, Jairam Thakur, was unable to stave off the wrath of public discontent, in spite of Modi's high-profile campaign. Thus the BJP may be tremendously reliant on the Modi personality cult, but it still can't afford to put all its eggs in the Modi basket, nor can it expect the "double engine" promise to work everywhere. 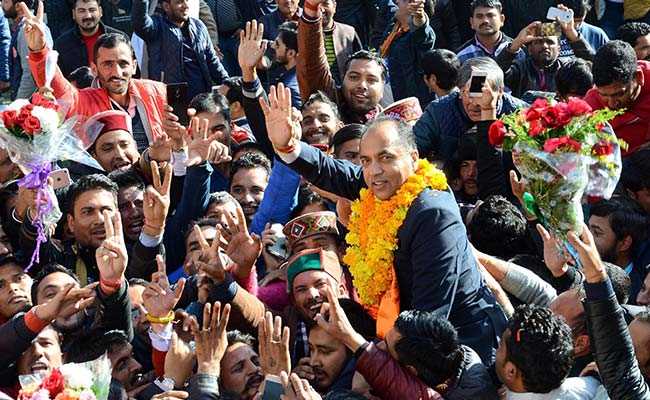 For Congress, the lessons are clear: the 'decoupling' of the Bharat Jodo Yatra from electoral contests has been counter-productive. The party organisation remains atrophied and its organisation is faltering. The Congress's Gujarat-in-charge, Rajasthan Chief Minister Ashok Gehlot, was too busy firefighting on his own turf in Rajasthan and could hardly devote his full attention to Gujarat. For much of the last two decades, the Congress in Gujarat has been accused of having a 'setting' with the BJP, its leadership lacking credibility and a narrative that can make it a genuine challenger.

AAP has a spring in its step but the lesson it can learn is this: it offers a de-ideologised "health and education" model, but its lack of a coherent ideology may cause certain social groups to drift away. The party punches above its weight but is still far off from having a wide pool of candidates and robust local organisation in many states.

As we enter the run up to general elections of 2024, the message is clear: while in national elections the Modi leadership cult may deliver for the BJP, it is now obvious that in states, local issues matter more and more. Indian electoral democracy may be choking a little, but it is still breathing and still alive.

(The writer is senior journalist and author of two biographies on Indira Gandhi and Atal Bihari Vajpayee.)

Opinion: In The BJP's Spectacular Gujarat Win, A Role For AAP